The 2021 Critérium du Dauphiné, traditonally a warm-up for the Tour de France, consists of eight demanding stages from May 30 to June 6

Following the start in Issoire with a loop stage on a dynamic circuit, the organisers have cooked up a tough yet balanced course and brought back the Wednesday time trial to keep fans on the edge of their seats.

A gruelling Alpine trilogy with finishes in Le Sappey-en-Chartreuse and the ski resorts of La Plagne and Les Gets will decide the showdown among the stars of the peloton, who will be hunting for a victory in the Dauphiné to boost their confidence ahead of the Tour de France. 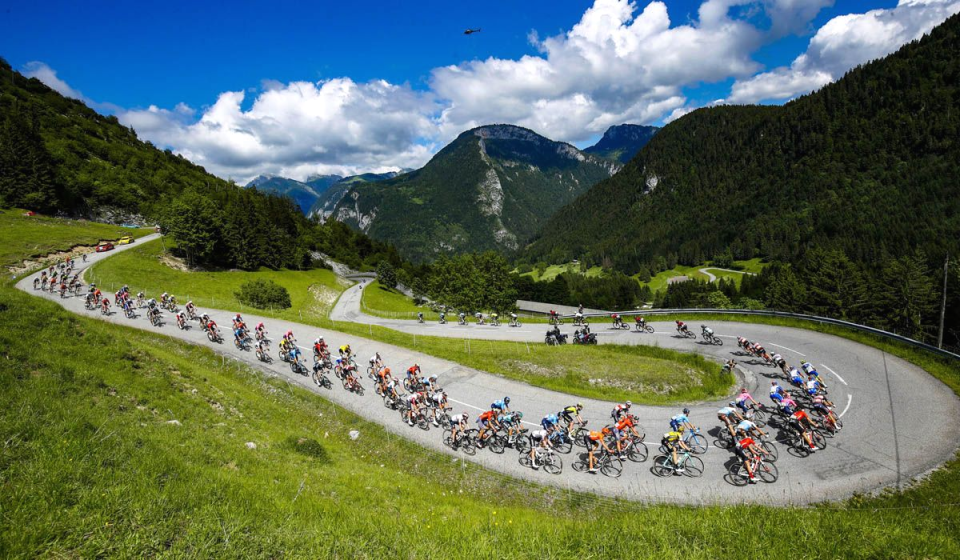 Even in recent years, the various theories on how to interpret the Critérium du Dauphiné to predict how the Tour de France will unfold a month later have been tried and found lacking. Whereas Bradley Wiggins, Chris Froome and Geraint Thomas got a taste of success here ahead of the greatest victories of their careers, Alberto Contador would often struggle in the Critérium du Dauphiné, even at his peak, while the winners of the last two editions, Jakob Fuglsang and Dani Martínez, proved unable to follow up their promising results in June with a similar performance in July.

However, one thing always remains the same: even as the Tour looms on the horizon, the stars of the peloton take the challenge seriously, put on a spectacular show and attach a great deal of importance to the Alpine duels that take place here. The 2021 course has been designed to gradually turn up the heat on the peloton in a trek from the Central Massif to the Alps. The rubber will hit the road in the inaugural stage starting and ending in Issoire, where sprinters will have their work cut out for them to stay in contention until the finish. It will be more of the same two days later in Saint-Haon-le-Vieux, where the 800 m home straight bends towards the sky. At 16.5 kilometres, the time trial from Firminy to Roche-la-Molière will be just long enough to shake things up a bit but, at the same time, short enough to keep the race wide open.

After four stages run mostly in Auvergne and a plunge to the Rhône Valley that could force a selection among the punchers for the showdown in Saint-Vallier, the peloton will head to the Alpine peaks, where the mountain warriors will hog the limelight from the stage to Le Sappey-en-Chartreuse, featuring the Col de Porte. This will be just an appetiser, as the next day will see the Dauphiné discover the La Plagne ski resort, coming after a 17 kilometre ascent with an average gradient of 7.5% and with the riders' legs already softened up by the Col de Pré and the Cormet de Roselend.

On Sunday, the 145 km grand finale will serve up a succession of climbs ready for use as a launch pad for an epic adventure: the roads up the Col des Aravis, Col de la Colombière, Côte de Châtillon and, especially, Col de Joux Plane, are the perfect terrain to go on the offensive, as is the plunge to Morzine, where the top descenders in the peloton will come out to play. The ascent to Les Gets will wrap up this climbing-fest. 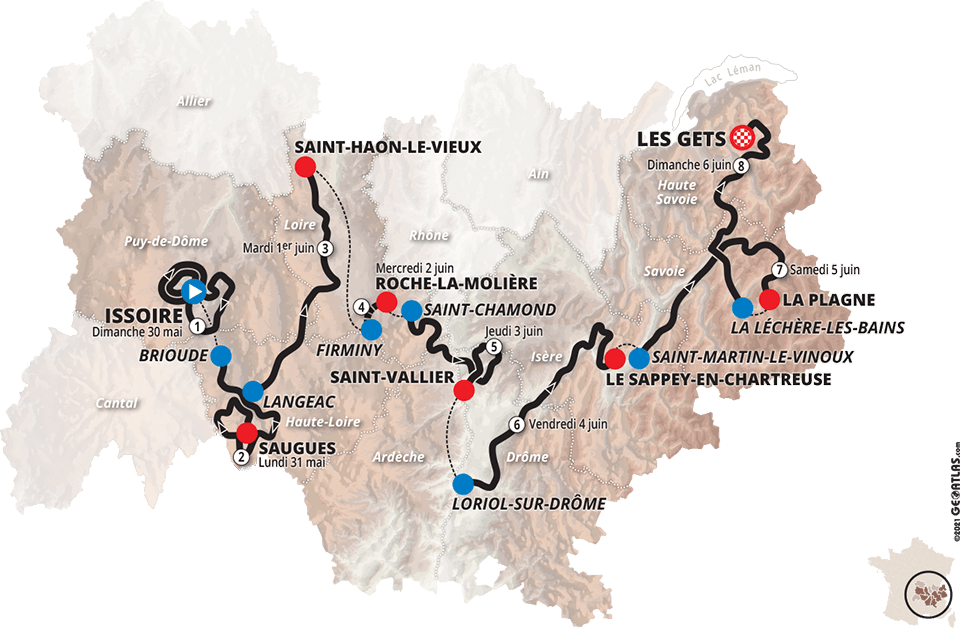 The following nineteen UCI WorldTeams are automatically invited to the race:

The organizers invite the following teams: