Colombia's Egan Bernal won the 2021 Giro d'Italia on Sunday, the Ineos Grenadiers leader given a hero's welcome in front of Milan's Duomo cathedral at the end of the 21st stage time-trial 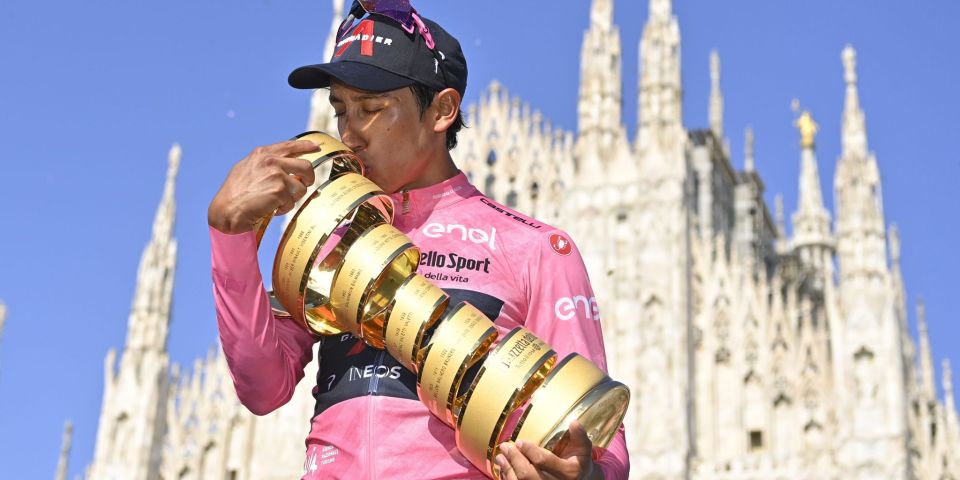 The Giro win marks a return to form for Bernal who flopped when the cards were stacked against him at the 2020 Tour de France.

The climbing specialist who grew up in the Andes took the overall lead on stage nine on a dirt track finish that would have suited this former mountain biker.

He then staged an iconic finish-line triumph on stage 16, stripping off his outer clothing on a cold, rain sodden mountain to cross the finish line first in the pink jersey with his arms wide in acclamation.

It was a similar scene in Milan Sunday as a broad smile swept away his stoney-faced racing look as he raised his arms at the end of three hard weeks where he proved last year's failure was a blip.

Bernal was forced on to the back foot for a few days by a resurgent Yates, but was able to nurse a comfortable lead over the tense last few stages.

"It's difficult to realize what I’ve done. I have just won a Giro d'Italia. I have no words after what happened in these two years," Bernal said.

Bernal is the second Colombian to win the Giro, seven year after Nairo Quintana, who also win when he was just 24 years old.

For Ineos (formerly Team Sky) it was a third Giro victory after Tao Geoghegan Hart won it in 2020 and Chris Froome in 2018.