Lutsenko closes in on Postlberger after Astana Blitz Time Trial

Kazakh Alexey Lutsenko led Spaniard Ion Izagirre in an Astana 1-2 in Wednesday's fourth stage of the Criterium du Dauphine, a 16.4km time-trial between Firmigny and Roche-la-Moliere 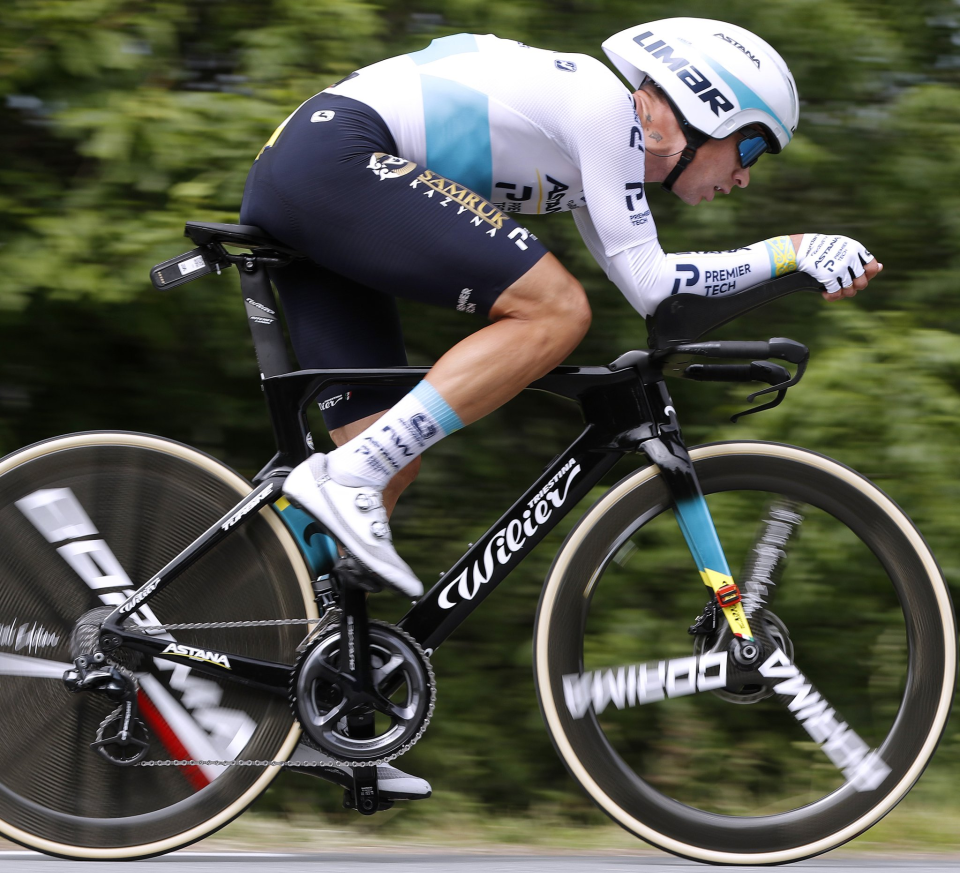 "I rode to my maximum, even if it looks a bit surprising," said the 28-year-old who places himself as a contender with this result.

Ineos Grenadiers' 2018 Tour de France winner Geraint Thomas was leading halfway through the course, but slowed down in the second, more demanding half.

Lukas Pöstlberger said afterwards, "This was the TT of my life. Looks like yellow really gives you wings. When I saw the course this morning, I was happy because it had technical parts and uphill sections to push but no real flat part that favored the TT specialists. I took a lot of risk in the downhills to save power for the uphill parts. I also still could push a big gear in the last crosswind part, I think that was key. But in the end, I am really surprised to still keep the jersey. We’ll have to watch out tomorrow about the bonus seconds, but there is a chance to defend yellow one more day."

Froome is on an epic bid to regain full fitness after suffering dreadful injuries on this race in 2019, a bid which appears stuck in a low gear for now.

In his prime Froome might have expected to win this kind of stage.

Thursday's fifth stage is a 175.4km ride from Saint-Chamond to Saint-Vallier, featuring a steep climb 12km from the finish that will complicate affairs for the sprinters.