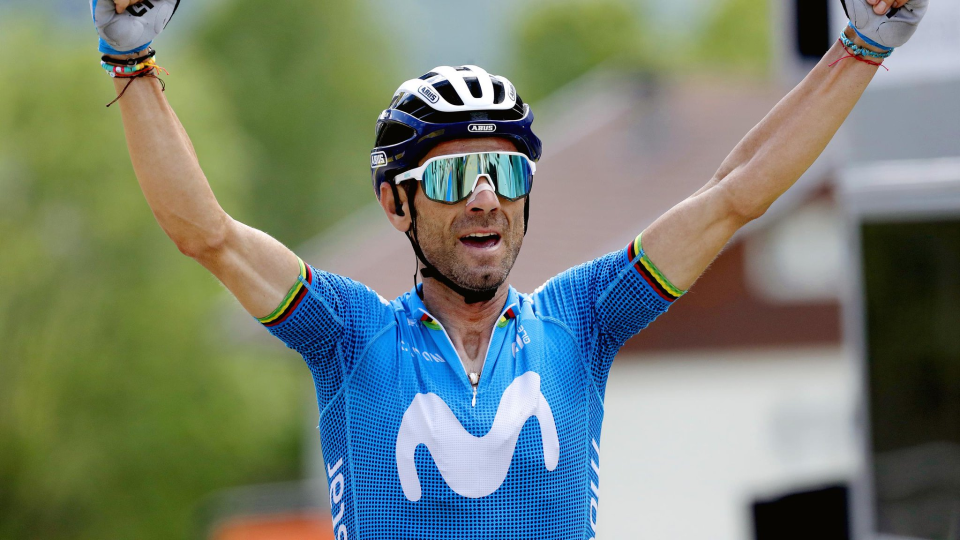 The 41-year-old Movistar leader Valverde has built a career on the kind of finishing that saw him overhaul Tao Geoghegan Hart just before the line on a steep ascent to Sappey-en-Chartreuse after 167.5 kilometres.

It was a second win of the season for the 2018 world champion who has been planning to go out with a bang at the Tokyo Olympics ever since its route was revealed.

"A win is always special," said Valverde, who now has 132 career wins. "When I saw the line i just went for it. I’m super happy. First of all I have to thank my team who have worked incredibly all week. For the final part, Superman Lopez said to me ‘shall I pull’, and I said ‘ok’. To be honest I have to thank him because he did an incredible job."

“Geoghegan Hart opened up really strongly, and I saw Thomas was separated from him, so I couldn’t hesitate – I had to go. I tried to keep it steady at first but when I saw the barriers I just went all-out.”

Briton Geoghegan Hart, who won the 2020 Giro d'Italia, had made a burst with around 300 metres to go but couldn't hold on until the finish, but his team leader Geraint Thomas climbed up the overall rankings to fourth at 13 seconds.

Astana rider Lutsenko has been loitering with intent to seize the yellow jersey for several days but had been foiled so far by plucky Lukas Postlberger, who raced his last day in yellow today after taking the lead on stage two.

"The yellow jersey was my objective for the day, but now in the mountains Ion is better suited," Lutsenko said.

Going into the decisive final two mountain stages Lutsenko is eight seconds ahead of his teammate Ion Izagirre, with Bora–Hansgrohe's Wilco Kelderman a further four seconds back in third.

But the gaps are such that any rider in the top 20 is still in with a chance of taking the overall title on Sunday, a title which generally bodes well for the Tour de France.

Saturday's penultimate stage is a 171.1km run between Saint-Martin-le-Vinoux and the ski resort La Plagne, which finishes with a 17.1km climb at 7.5 per cent towards a summit climax at 2,072 metres above sea level, the highest point of the week.