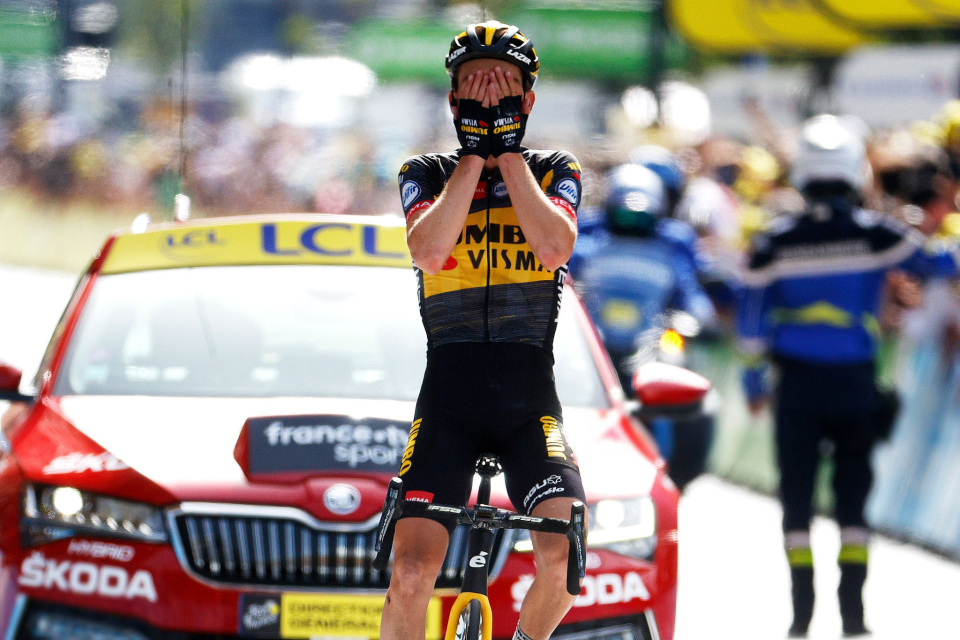 Defending champion Tadej Pogacar survived a torrid day in the saddle as the Tour de France hit the Pyrenees on Sunday, the Slovenian holding on to the overall lead despite constant pressure from a clique of Ineos riders.

The gruelling stage 15 itself was won by American Sepp Kuss of the Jumbo Visma team, who broke away on the last of four tough climbs to distance 41-year-old Alejandro Valverde, who was second at the finish line of the tax-haven principality of Andorra.

Kuss, a 26-year-old Coloradan, became the first American since Tyler Farrar back in 2011 to win a stage on the Tour de France, and his family was present to witness the feat.

"My girlfriend and my family were on the final climb cheering me on. I'm lost for words," said climb specialist Kuss, whose family has roots in Slovenia.

"It was a hard day in the break, but I know this ride well from training and knew where I could get a break," he said.

Pogacar is perhaps the big winner on the day after he was isolated on the windy slopes of the third climb, but kept his calm and, crucially, pace as his closest rivals took turns to attack him.

Ineos have said they plan to grind him down in a bid to manoeuvre their own rider, Richard Carapaz, into contention for the yellow jersey. The Ecuadorian currently lies fourth, 5min 33sec behind Pogacar.

Canadian Michael Woods unfortunately lost the Polka Dot jersey to Wout Poels who also made it into the 23 strong breakaway.

While Monday is a well-deserved rest day, Sunday's first Pyrenean stage was the first of four challenges in this secluded mountain range where the 2021 Tour is likely to be decided.