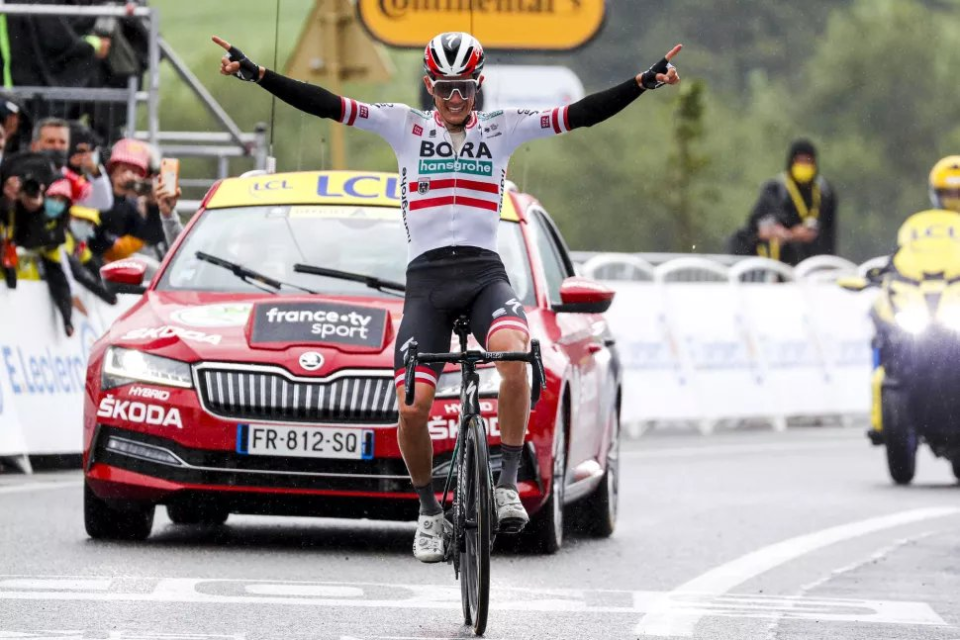 The Bora-Hansgrohe rider broke away from a small group 36.5 kilometres from the finish in the day's last significant climb and never looked back as his chasers reacted too late.

"I had already been in the breakaway three times and every time I waited too long," Konrad, the Austrian champion, told a news conference.

"I noticed that those who won from the breakaway, Matej Mohoric or Bauke Mollema, attacked far from the finish and I took inspiration from that. I had decided to take the matter into my own hands."

Konrad is only the third Austrian rider to win a stage on the Tour after Georg Totschnig in 2005, and Max Bulla who won three stages and wore the yellow jersey for a day.

Defending champion Tadej Pogacar retained the overall leader's yellow jersey as the main contenders kept their powder dry ahead of Wednesday's much-feared 17th stage to the Col du Portet, a 16-km ascent at an average gradient of 8.7 per cent.

Pogacar's group finished Tuesday's stage 13:49 off the pace as the top positions in the general classification remained unchanged.

"For sure (my rivals) were focusing on tomorrow when everyone will try because it will be the hardest day in this Tour," said Pogacar.

"If someone feels very good tomorrow they can make a big difference against someone who feels bad. I don't know what their (my rivals') tactics will be."

After a long descent in low temperatures and drizzling rain to reach the actual start of the stage, a leading trio opened a gap on the peloton but they had a 10-man group hot on their heels, as the main bunch gradually let it slide.

Fabien Doubey, Konrad and Jan Bakelants had 30 seconds on their chasers in the descent from the Col de la Core as they headed towards the Col du Portet d'Aspet (5.4km at 7.1 per cent).

Konrad increased the advantage to 1:20 as he attacked on the climb.

France's David Gaudu, a specialist climber, increased the pace from the chasing group and only Colbrelli, a sprint specialist, could follow, narrowing the gap to 30 seconds at the top.

But Konrad was the fastest in the treacherous descent where Italian Fabio Casartelli crashed and died in 1995, and he extended his lead again, holding off the chasing group.