Tadej Pogacar all but became champion of the 2021 Tour de France on Saturday as the UAE rider protected his large overall lead in the stage 20 time-trial, ahead of the traditionally ceremonial final run to Paris 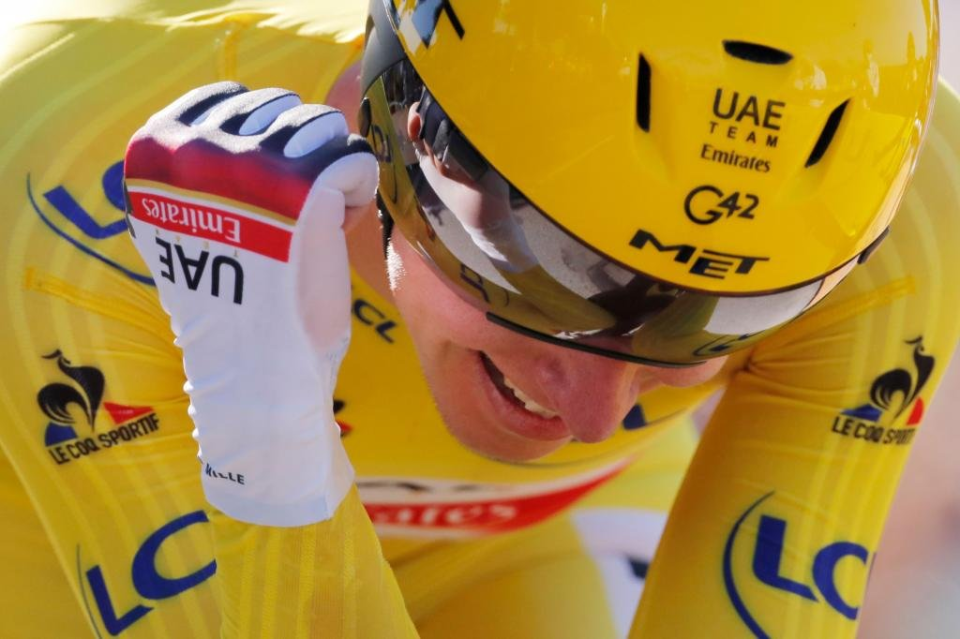 Wout van Aert won the time trial, but defending champion Pogacar's solid ride means he need only cross the Champs-Elysees finish line with the peloton in Sunday's 21st, and final, stage to retain the fabled yellow jersey as winner of the world's greatest bike race.

Pogacar won three stages on his way to this dominant triumph in a manner reminiscent of former champions Alberto Contador and Chris Froome, strong in both the time-trials and the mountains.

He will also win the awards for best rider under-25 and the king of the mountains polka-dot jersey, a triple he also achieved on his debut last year.

The top three in the overall standings remained the same after the 30km run on a sizzling holiday on Saturday as rowdy fans packed the roadsides all the way to the pretty Saint-Emilion vineyards.

Jumbo's Jonas Vingegaard goes into the final day run in second, while Ineos' Richard Carapaz is in third.

A second place for the Dutch team Jumbo is a triumph of sorts after their leader Primoz Roglic fell heavily early in the race. They also won three stages even though only four of the eight-rider team made it through to the final stage.

But a third place for British outfit Ineos, with no stage wins, bears a whiff of the end of their era after the 2020 failure was blamed on Egan Bernal's bad back. The British outfit went into this race with four co-leaders hoping to win an eighth title in ten years.