The 2022 edition kickstarts on Friday July 1st, while the race is set to finish on Sunday July 24th,  as full the route was revealed this Thursday 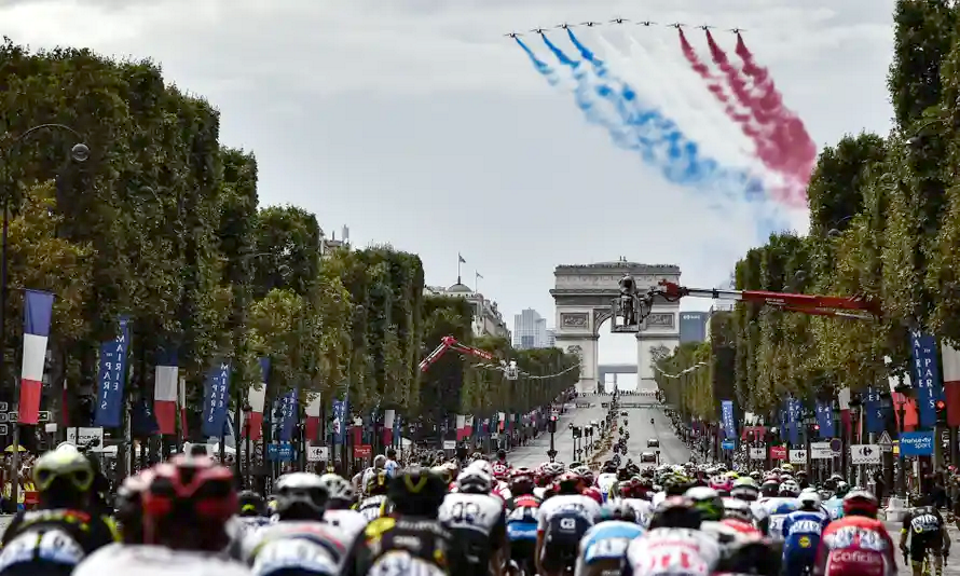 The Men's route starts with the Grand Départ in Copenhagen, Denmark, back into the cobbles of Northern France before pushing into Belgium and Switzerland into the Alps and Pyrenees, with a traditional finish on the Champs Elysées in Paris.

The women’s race will take place from July 24-31 and feature eight stages. It will start from the Eiffel Tower in Paris and head towards eastern France, with a prestigious finish at the Planche des Belles Filles, a classic stage of the men’s Tour in the Vosges mountains.

In 2022, the Tour de France starts with a 13-kilometer individual time trial in Copenhagen. The second stage goes from Roskilde over the Storebælt Bridge to Nyborg, and the third stage continues on from Vejle to Sønderborg. In all, 394 kilometers of the race will run on Danish soil. The Tour de France is the world’s biggest bicycle race, and it’s the first time that parts of the route will wind through Denmark. 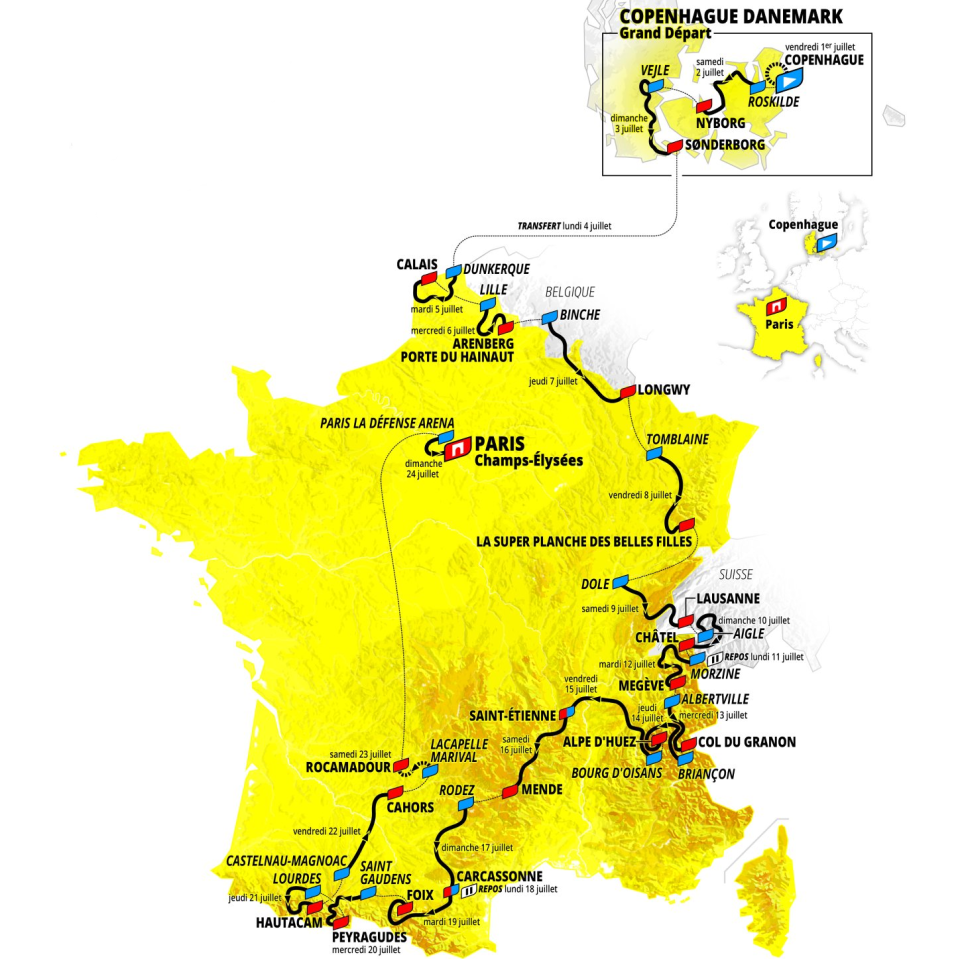 After three days of racing, July 5th will see the first rest day, the first of three as the race heads onto French soil at Calais.

Stage 5 will tackle the treacherous Paris-Roubaix cobblestones, which are back on the program after a four-year absence.

The race will then head to the Vosges for a mountain top finish at Planche des Belles Filles, where the first battle between overall contenders is expected to unfold on Stage 7.

Planche des Belles Filles has become a classic stage of the Tour de France in recent years with its brutal finish. This is where Pogacar sealed the first of his wins in 2020 when he snatched the yellow jersey in a high-drama time trial on the eve of the race finish.

Then l’Alpe d’Huez and its 21 hairpin bends on stage 12 will prove a tough challenge for the peloton.

The following day celebrates Bastille Day by lining up another potential Alpine epic that takes the peloton back over the Col du Galibier, this time from the Col du Lautaret side, before summiting the Col de la Croix de Fer and finishing the day atop Alpe d’Huez in an exact replica Stage 18 of the 1986 Tour.

The crossing of the Pyrenees will offer no breathing space with daunting mountaintop finishes at Peyragudes on Stage 17 and Hautacam on stage 18.

The final GC will be decided on the eve of the final stage to the Champs Elysees, with a 40-kilometer time trial to the picturesque clifftop village of Rocamadour.

As is now tradition the 109th Tour de France will finish with its processional stage through Paris with laps of the Champs-Élyseés with its sprint finish in the shadow of the Arc de Triomphe.

Tadej Pogacar is the reigning champion, having won his second Tour de France title in a row in 2021. Back in 2020, the then-21-year-old became the race's second-youngest winner after Firmin Labot back in 1904.

Pogacar broke a Ineos/Sky stranglehold on the race, with the British team having won seven of the previous eight Tours de France with Egan Bernal, Geraint Thomas, Bradley Wiggins and four-time winner Chris Froome. Vincenzo Nibali, then riding for Astana, was the other man to break the British squad's dominance with a win in 2014.

Pogacar is the reigning mountain classification champion, Polka Dot jersey wearer too. For the second year in a row he won the yellow, polka dot and white jerseys. In 2020, he broke a three-year French stranglehold on the jersey after wins for Romain Bardet, Julian Alaphilippe and Warren Barguil.

Registration opens at 4 pm on Monday 18th October. You will need to follow a rigorous training regimen to overcome this extraordinary challenge and raise your arms in celebration in Alpe d'Huez!