Slovenian solo'd to the finish with 50 km to go, after the wind blew the peloton off the Sterrato in an almightly crash 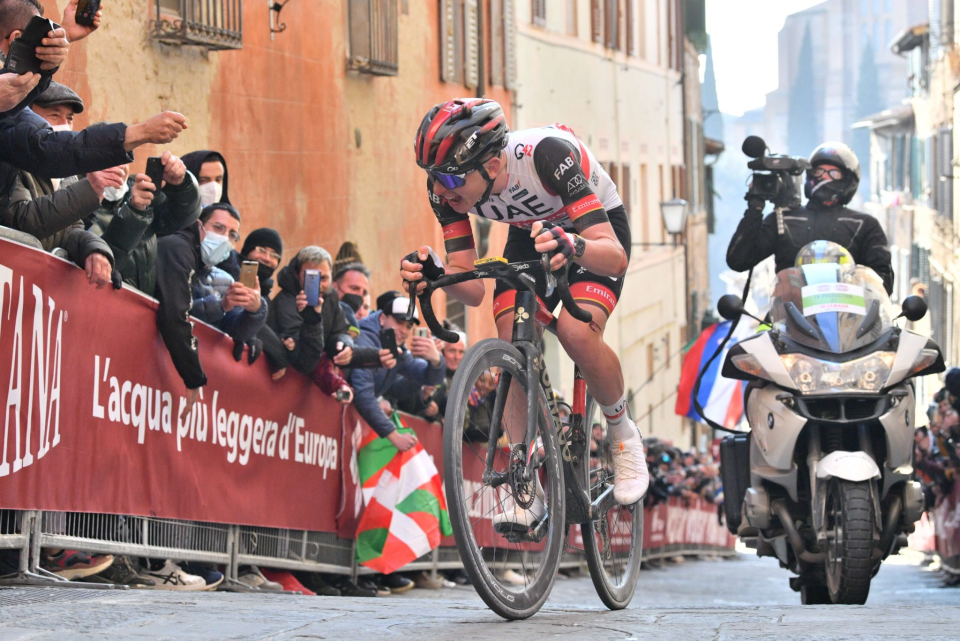 Tadej Pogacar picked himself up off the white roads of Tuscany to win Strade Bianche with a stunning solo ride into Siena.

Reigning Tour de France champion Tadej Pogacar was involved in a huge crash early on in the race but blew the peloton apart with a gutsy solo attack to ride the final 50km alone.

The 23-year-old become the first cyclist to have won both the Tour de France and Strade Bianche. Pogacar made his bold move for victory with 50km to go on the seventh gravel secteur, quickly establishing a gap of more than minute and a half.

"This is an amazing win, incredible. I didn’t know until 5km to go that I was going to make it - even until the last climb I was still looking behind. I’m super happy to pull it off.", said Pogacar.

"Normally there’s a moment where the race goes, and this time I tried to do my best effort on the Sante Marie climb and no one followed. In the end I was alone. I had to be fully committed. I’m happy that I could do it."

"I didn’t know until the last climb. I was all the time looking back - where is everybody? It was really tense. My energy was going lower and lower in the final, but I managed to survive until the end."

Behind Veteran racer Alejandro Valverde, finished second in his final Strade Bianche, with Kasper Asgreen just behind, they were not able to catch Pogacar. 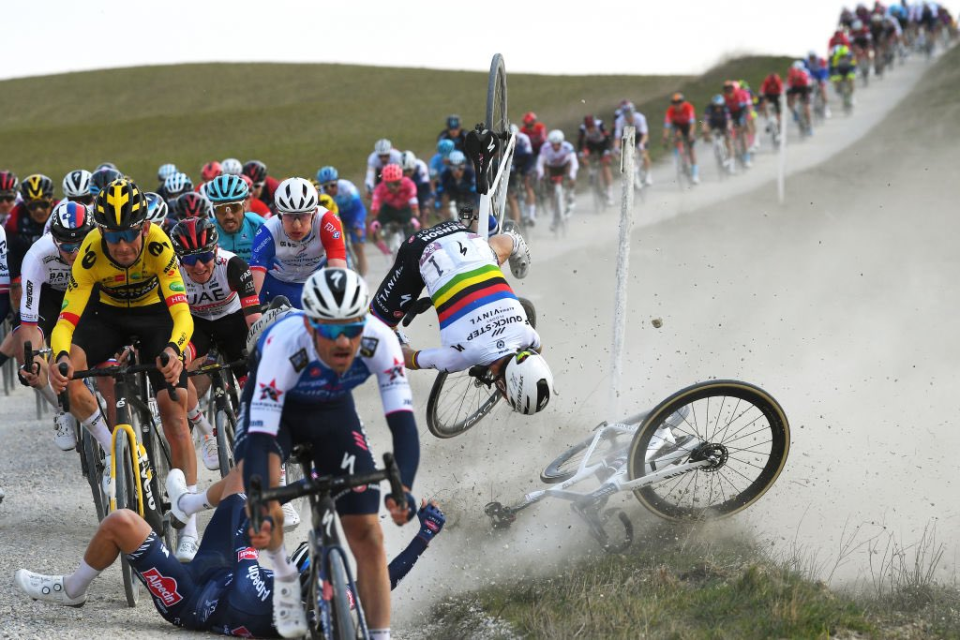 Before the Slovenian’s stunning attack, a huge crash with around 100km to go took out a number riders which saw  2018 winner Tiesj Benoot (Jumbo-Visma), among others, abandon the race.

Reigning world champion and Pre-race favourite Julian Alaphilippe flew dramatically over his handlebars as a Quick-Step colleague was blown across his path by a huge gust of wind.

Alaphilippe remounted and was able to make up a two-minute disadvantage on those who stayed upright to rejoin the front of the race, before Pogacar attacked and left everyone for dust!

Some acrobatics from the World Champion at Strade Bianche! pic.twitter.com/NDjjm1VoZZ