Behind-the-scenes Tour de France series on Netflix on the cards? 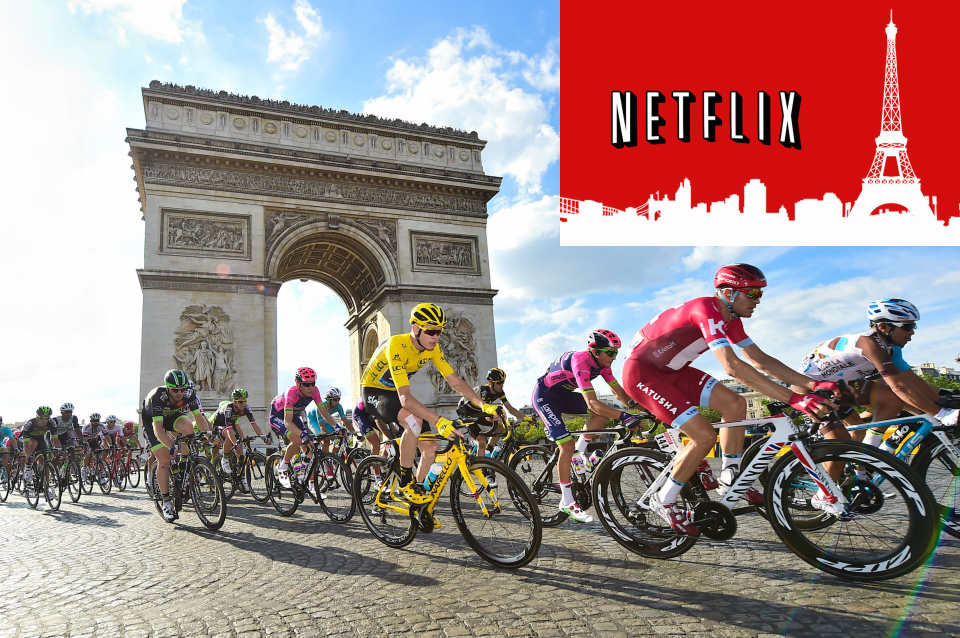 The rumored fly-on-the-wall-style docu-series would cover the mouthwatering match-up between Tadej Pogacar and Primoz Roglic at this summer’s Tour.

Ineos Grenadiers, Jumbo-Visma, Movistar, and Quick-Step Alpha Vinyl are among the eight WorldTour teams said to be at the negotiations. It is unknown if the inaugural Tour de France Femmes will be covered, or if teams like Movistar and Jumbo-Visma would be providing access to both its men’s and women’s programs.

The series is slated to be produced by Box to Box Films, the company that brought the team rivalries and quirky characters of Formula 1 into our lounges to mass success through its smash hit Drive to Survive series.

A Tour de France-insider serial would be the latest in pro cycling’s dabblings with documentary-style insight.

The one sticking point over this attempt to do a larger-scale series involving multiple World Tour teams is believed to be the financial remuneration for the teams themselves.

Netflix would likely have to pay French television broadcasters a bit, as they would be encroaching on their rights. And it is understood the streaming giant is offering to pay a nominal amount to the eight teams, which includes all the big hitters such as Ineos, Jumbo-Visma, Movistar and Quick-Step Alpha Vinyl Team.

Teams would ideally like a slice of the television revenues, which are likely to be boosted in the long term if Drive to Survive is anything to go by. But they are also cognisant of the fact that the sport as a whole will benefit significantly from the exposure that such a series would bring.

ASO have not returned a request to comment, but one source described the project as a “no-brainer” adding that the teams are “close” to signing off on it.

Aussie squad GreendEdge broke new ground with its “Backstage Pass” YouTube shorts in the middle of the last decade, giving way to bigger-budget productions by the likes of Jumbo-Visma and classics chiefs Flanders Classics in recent years.

Dynamics between the likes of Alejandro Valverde, Marc Soler, and Enric Mas were laid bare in a way that the world had not seen before - and it went down a storm. The turbulent fallout between the team and temperamental Colombian Miguel Angel Lopez is set to take center stage in the upcoming third installment of the series.

Something similar for the world’s biggest bike race could propel the sport to a new level of engagement and following, just as Drive to Survive did for F1.