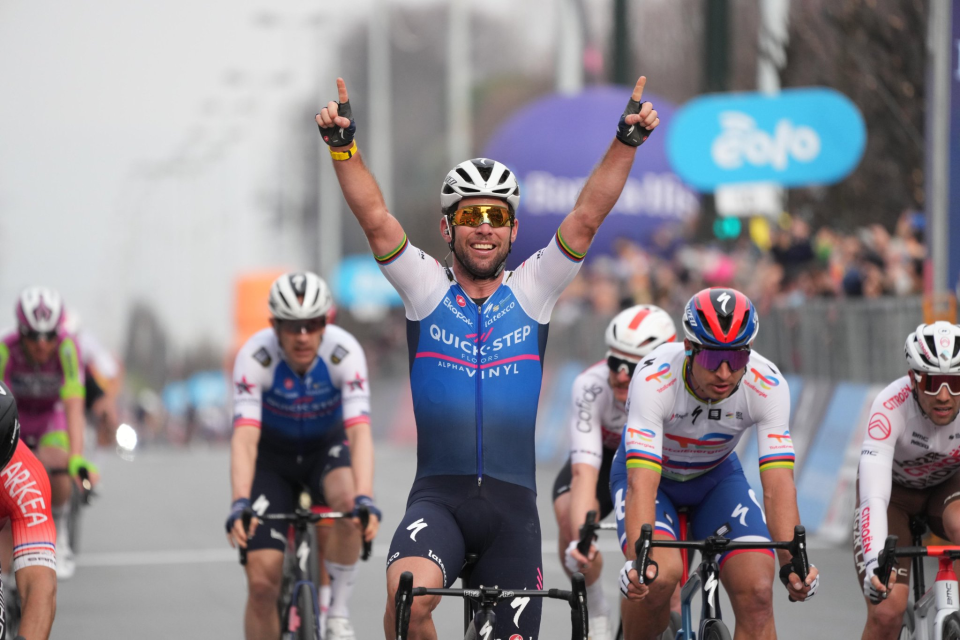 The 36-year-old crossed the line with a time of four hours, 31 minutes and 22 seconds in the 199 km race to take the title for Quick Step-Alpha Vinyl Team.

In doing so, Cavendish became the first-ever British winner of the Milano-Torino and the oldest winner of the event, which boasts the title of being the oldest classic race in the world since its inception in 1876.

"I'm particularly happy. This is the perfect team for a one-day race. We never panicked. My team mates did a solid race for me. This is just incredible the way they've led me out," Cavendish said after the race.

"I like to win any race. I've already won Milan-Sanremo. So now I have won Milano-Torino as well. It's not always a race for sprinters, so I'm happy to have my name on the same record book as some great climbers.

"For a one day race you have to be dialled in, you have one opportunity. Like you've seen, it's incredible. Super happy, first time I've raced Milano-Torino. Obviously normally it's a hilly race. So to see my name next to the riders who have seen this in history is quite special."