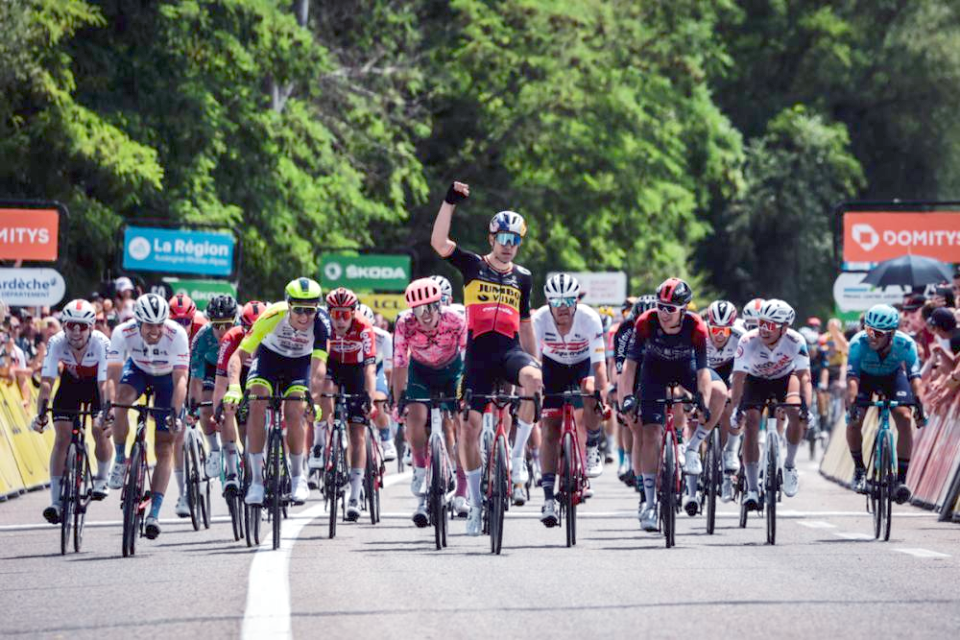 Belgian champion Van Aert beat Britain’s Ethan Hayter of team Ineos and American Sean Quinn of EF in a bunch sprint on the opening stage across the Ardeche region.

With 6 miles to go, top sprinters including Dylan Groenewegen and Phil Bauhaus were distanced as the sprinters teams including Jumbo Visma ramped upped the pace.

“This stage really suited me perfectly, and I’ve been working hard on my sprinting,” said Van Aert, who won a time-trial, a mountain stage and a sprint on the Champs Elysees on the 2021 Tour.

Van Aert appeared fresh and relaxed after a 20-day training camp through the Sierra Nevada. Van Aert said after winning the stage "I’ve recharged my batteries, I won’t be killing myself to protect the yellow jersey. I might go for another stage win, but I'm here to help teammate Primoz Roglic win the race”

This Dauphine is the final warm up for the Tour de France where the 27-year-old has said he will target the Green sprinters Jersey.

The second stage should be another battle between the breakaway and the sprinters on a stage that goes past the source of the river Loire, France’s longest river before a finish in Brives-Charensac, just outside the town of Le Puy en Velay. There’s climbing en route but often at a steady gradient.