The first summit finish of the race saw the GC riders and some puncheurs sprint to the win in Sancy, with David Gaudu emerging as the surprise winner, beating Wout van Aert with a late bike throw 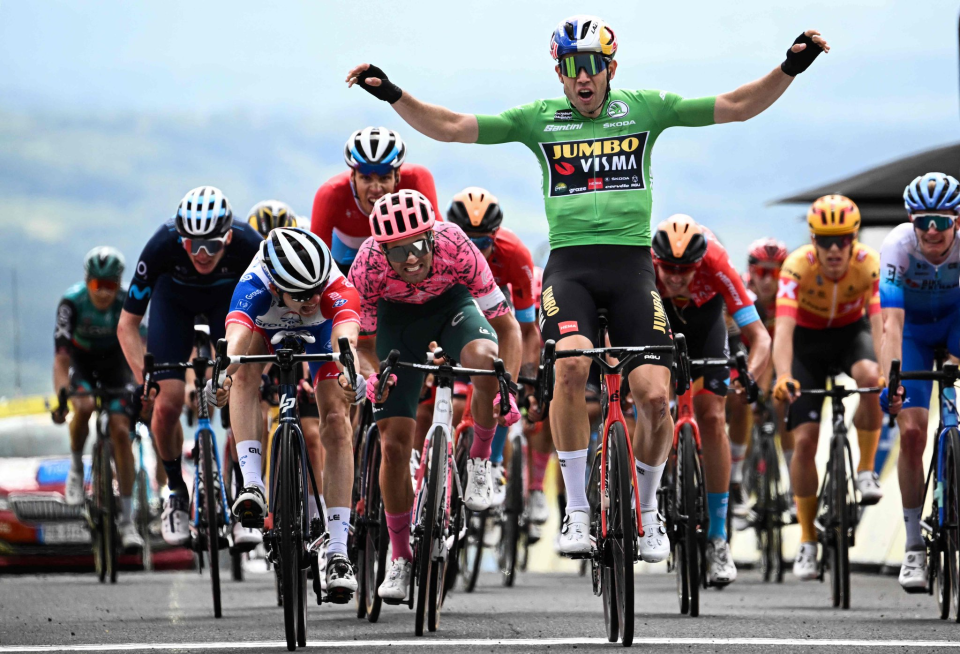 The breakaway set off early on with six riders up the road. B&B Hotels-KTM had four riders in the breakaway with Pierre Rolland, Alexis Gougeard, Sebastian Schonberger and Miguel Heideman away. They were joined by Thomad Champion (Cofidis) and Jonas Gregaard (Uno-X Pro Cycling Team). Behind, TotalEnergies were keen to keep them in check.

The French team and Jumbo-Visma upped the pace in the peloton, which slowly droppedriders. The final three riders from the breakaway were caught on the first slopes of the final ascent where the pace was high from the start at the hands of Jumb Visma.

An attack from Remi Cavagna saw the GC riders begin to move, but with Jonas Vingegaard setting a fast the pace in the peloton, no-one elase was able to attack.

Jumbo Visma led the sprint out for Wout van Aert, he just barely missed out on the stage win as David Gaudu stormed passed at the last minute with a late bike throw much to the disappointment of Van Aert. Victor Lafay finished third.

As a result, Wout van Aert (Jumbo-Visma) took over the race lead.