Valentin Ferron emerged a surprise winner from the sixth stage of the Critérium du Dauphiné, a career-changing win that has brought the 24-year old into the spotlight 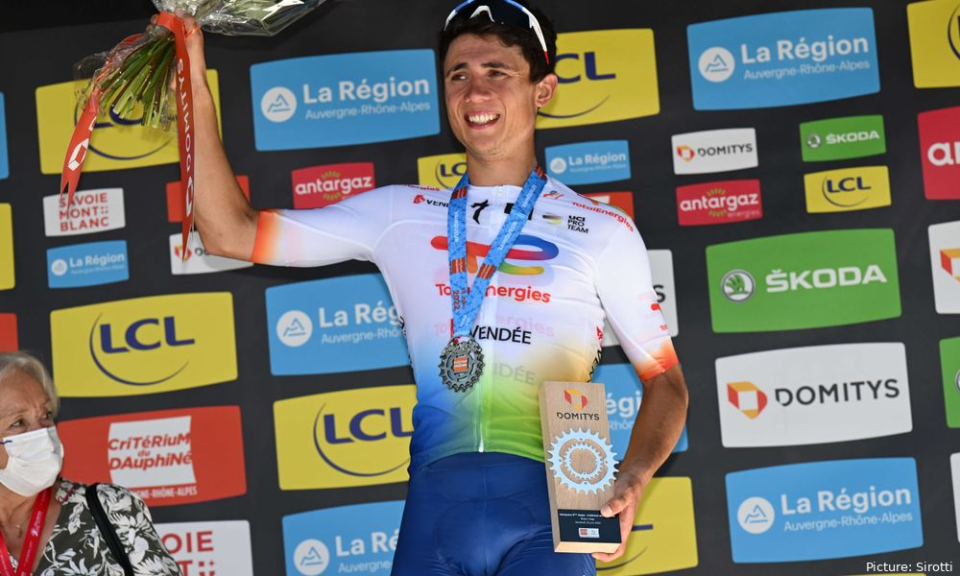 Stage 6 of the Critérium du Dauphiné covered a distance of 196.5km and was the longest day of this year’s race. Still a hilly stage between Rives and Gap but with two Cat. 2 climbs, an increased amount of climbing and the direction of the race towards the Alps was definitely notable. The six-rider breakaway of the day made it to the line for a second time this week.

“It’s huge for me, we worked hard every day and it’s a WorldTour race so this is exceptional for me. It’s the biggest win of my career. You don’t get many chances like this so you have to take them," Ferron said at the end of the stage. He had been a part of the day's breakaway which worked together well and managed to keep the peloton with distance, before the riders who worked to get the win had the chance to fight for it.

It all went very smoothly until the final kilometers, where the pace slowed down and some attacks came as some were trying to distance Quick-Step's Andrea Bagioli. “I don’t have the best sprint and I knew Bagioli would have the advantage, so when I knew the line was close I just had to go for it – I can’t believe I made it," he added.

Ferron made only one attack and it was a decisive one, getting a gap that the group forced Bagioli into trying to close, however with no help the French rider grew his gap and took it into the finale for the second win of TotalEnergies this week.