The Critérium du Dauphiné saw the riders head into the high mountains for the first day. Primoz Roglic took over the race lead with a dominant attack, Carlos Verona hung on to win the stage from the breakaway 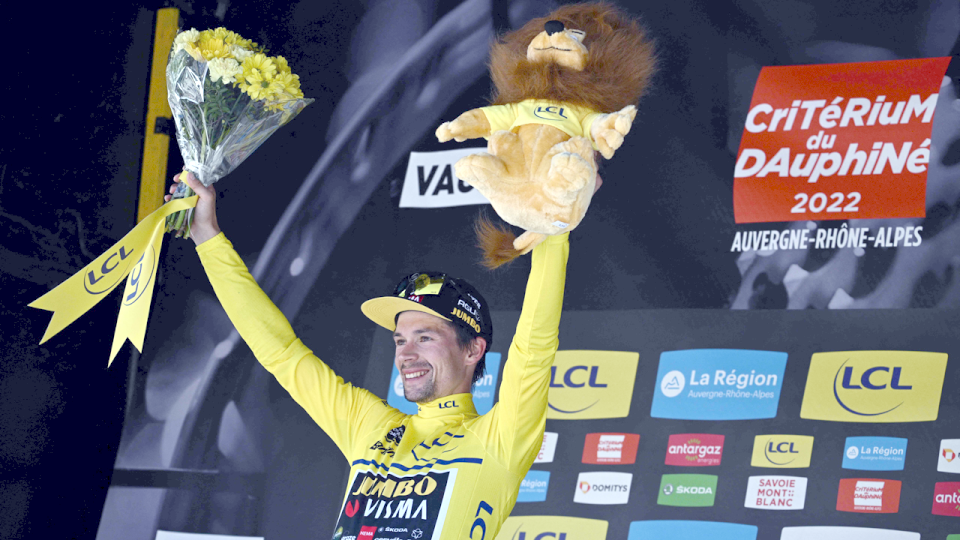 The riders had to tackle the mighty Col du Galibier early on in the stage which proved to be a hard start. The breakaway settled down before the ascent, with a group of 18 riders going up the road, with no threats for the overall classification.

On the slopes of the Col de la Croix de Fer the breakaway started to splinter, with Kenny Elissonde, Carlos Verona, Victor Lafay, Pierre Rolland and Gregor Mühlberger going over the summit together.

With lack of collaboration, the breakaway broke up, leading just Elissonde and Verona heading into the final climb with a gap of just under two minutes, where Verona quickly attacked and soloed away.

Behind, the peloton saw pace making by Uno-X and Groupama on the ascent, with Damiano Caruso trying to attack with little impact.

Groupama tried to set a high pace on the final climb, Jonas Vingegaard attacked and then paced the surviving GC contenders left up the final kilometers including teammate Primoz Roglic.

Verona just managed to survive out front, taking an important first carrer win for himself and Movistar.

Roglic attacked and distanced his rivals in the final kms to take time and the yellow jersey, Jonas Vingegaard sprinted to third behind.

Carlos Verona said afterwards, “This is just incredible. It's been 12 years as a pro for me, already; I think I always performed decently, improving constantly, but I always lacked a victory, I was never the winning kind of rider. I've gained confidence over the last few years, I came close quite a few times -twice 3rd in TDF stages, 2nd at La Vuelta last year-, and when I was into the breakaway today, I said: 'It has to be today!'. I knew the finish, because we came to the Alps to recon Tour stages and we took advantage to check this course with the team. I've got so much to thank for to Gregor Mühlberger, because he worked so hard for me into the escape. We made the right moves, the legs were great, and in the end, opening my victory account - I'm just so happy."

“In the finale, I was thinking: 'You'll see, I'm always so unlucky, Roglic will come past like a jet and will take it away from me.' I just rode like a TT - I had Patxi Vila, who is also my coach, giving me support and time gaps at the team car. I just struggled, like a dog, and only with 200 meters to go I looked behind to make sure, because I was at unbearable levels of agony, and enjoyed it, so much. I thought about my wife and the kids, because it's always so much time away from them, in altitude training, competing - they're my motivation. This victory is for them and the team. It's not an easy era for us, and we deserve this. Lots of work behind, many months of sacrifice - a big weight off our shoulders. Having this picture for me is so beautiful and big motivation, to never settle and continue improving."

The final stage is another mountain route taking in the unmarked Col du Marais. Then comes the 11km climb of the Colombière, before the final climb atop Plateau de Solaison, a difficicult climb 11.3 km long at an average of 9.2%. It should make for a final exciting stage to crown the 2022 winner.