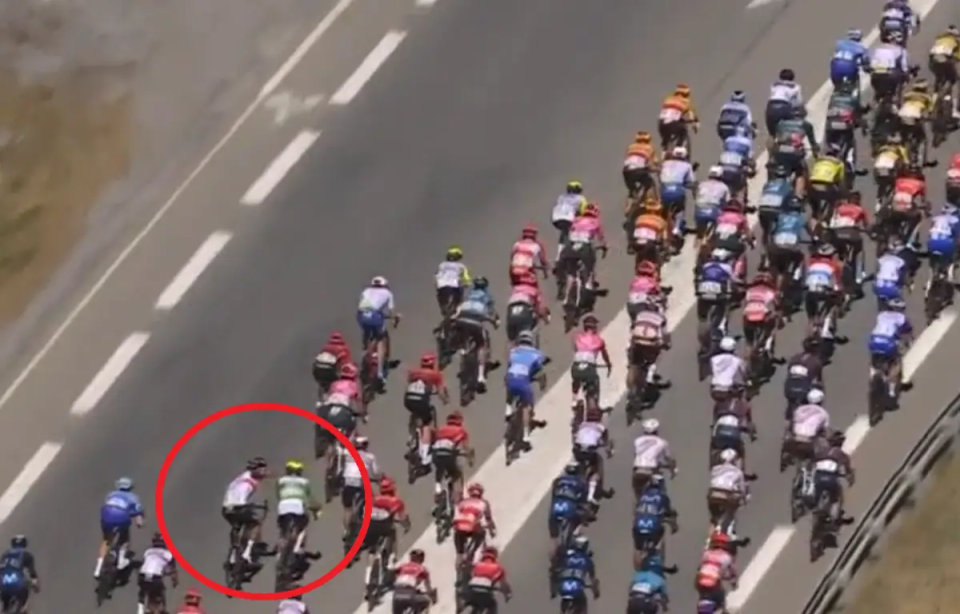 The incident occurred with 10km to go when the UAE Team Emirates rider could be seen initially pulling green jersey wearer Page back towards him. He lashed out at Page and finally hit him in the head.

Molano then went on to win the bunch sprint for 7th place, after the six-man breakaway survived out front and Valentin Ferron (TotalEnergies) attacked from the escape group in the final kilometre to win.

Molano was called up by the commissaires immediately after the race ended and was disqualified and removed from the results, with Edvald Boasson Hagen (TotalEnergies) moving up to 7th place.

“He’s crazy!”, Page said regarding Molano at the stage end in Gap. “It’s not because I’m 20 that he has to do something like that. At ten kilometers from the finish, he suddenly shouted at me because he said I was cutting him off. But that wasn’t the case at all, he hasn’t apologised.”

Molano told journalists, “It’s not the first time I’ve had problems with this guy at the race. I’m sorry but I’d had it up to here with him.”

However, in a team statement, Molano later apologised, saying: “On the run-in to the finish it was fast and tense and in the heat of the moment I made a dangerous mistake.

“I’d like to apologise to Hugo Page and to all the riders for what happened. I understand why I was disqualified and can only say I regret it and will learn from it.”