VIDEO: Marmolada Madness! Tifosi go crazy on the final climb of the Giro!

The penultimate stage of the Giro d’Italia served up a brilliant battle on the final climb of the race, the Marmolada Passo Fedaia, a video has emerged of the chaotic scenes as Giro fans go crazy! 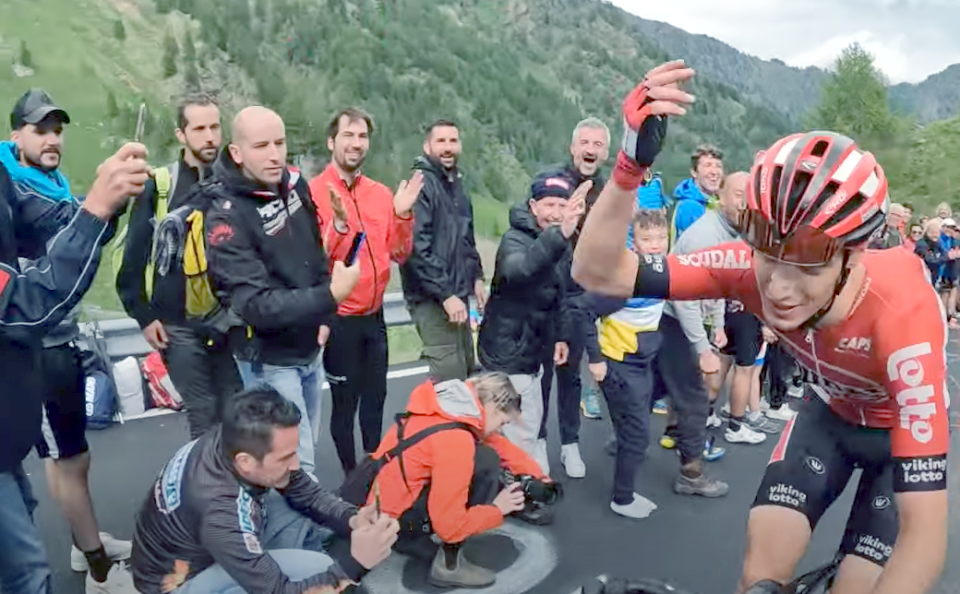 On the final uphill stage, Jai Hindley (Bora-hansgrohe) had one last chance to crack race leader Richard Carapaz (Ineos Grenadiers). The Australian rode away on the slopes of the climb and gained what proved to be enough time to win the race before the final ITT in Verona.

Cycling where packed onto the climb on the Saturday, the video, which appears to have been recorded by one of the roadside fans shows dramatic scenes of the real pain and suffering on the brutal steep climb, after three weeks of racing, which is etched on all of the riders faces.

This shows the sheer brutality of Grand Tour racing, with a celebratory atmosphere a little further back in the peloton.

Riders are high-fiving fans and even taking their flags from them and riding along with them!

This is the real cycling, this is is the Giro, sit back, get your favorite drink and enjoy!