After coronavirus ripped through the peloton, Nico Denz takes victory from the breakaway on the queen stage 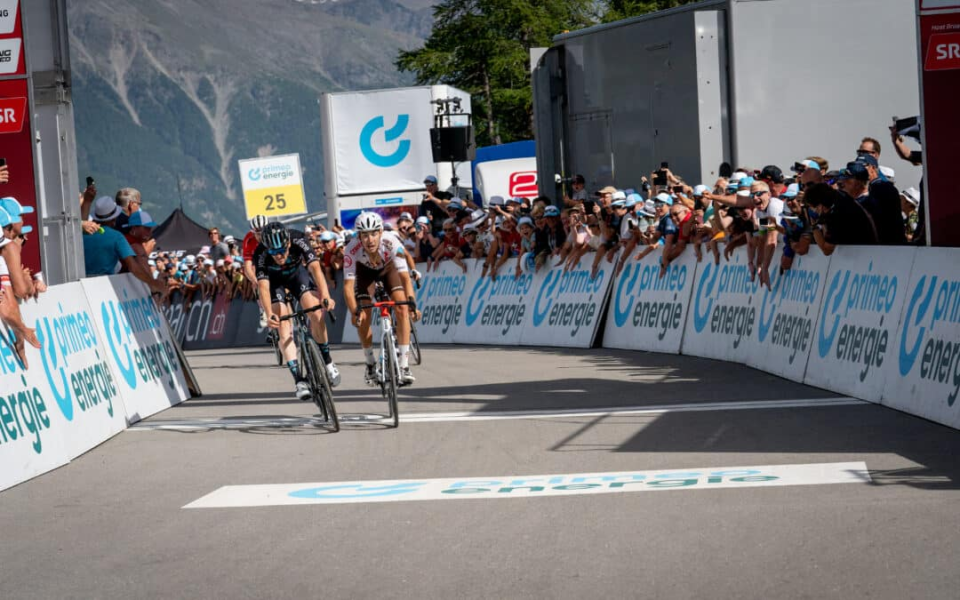 Following a frenetic final sprint at the end of stage six of the Tour de Suisse, a photo finish was needed to confirm the stage winner at the top of the Moosalp mountain. Nico Denz (Team DSM) eventually took the honours and with them his first ever victory in a WorldTour race.

With much of the peloton depleted by covid, the breakaway were left to fight it out as the race reached the summit of the HC category Swiss mountain.

As they hit the final 6km to go, Fausto Masnada (Quick-Step Alpha Vinyl) sensed the win was up for grabs and launched a series of stinging attacks.

However, all this did was cause the pace to slow as he was caught and allowed the king of the mountains leader, American Quinn Simmons (Trek Segafredo), to reach the leaders before launching a powerful sprint at 300 metres to go that nobody could initially answer.

Clément Champoussin  (AG2R-Citröen) and Masnada along with Nico Denz (Team DSM) were able to get back on terms. Denz then passed both Champussin, Jose Herrada (Cofidis) and Simmons on the line to take a stage win for Team DSM.

Further back down the road Geraint Thomas (Ineos Grenadiers) tried an attack in the group of favourites but Sergio Higuita (Bora-Hansgrohe) was quick to shut it down. The favourites rolled into the finish as a group and Jakob Fuglsang (Israel Premier-Tech) retained the overall lead.