Shock as Cavendish and Alaphilippe left out of Quickstep Tour Squad 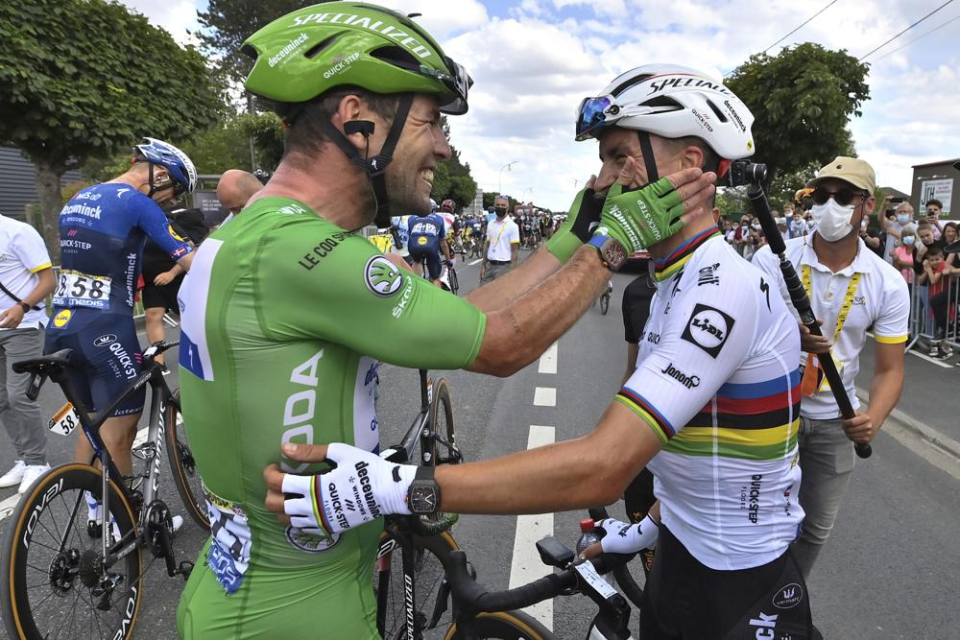 Cavendish won four stages and the green jersey in last year’s race. He is currently tied on 34 with Eddy Merckx for the most Tour de France wins.

However, there was still hope for Cavendish, after the Manxman took his second British National Road victory on Sunday.

Dutchman Jakobsen has been preferred to Cavendish, with his superior sprinting record this season - 10 wins to five - likely to be part of the reason.

The Belgian team have opted for Dutch rider Fabio Jakobsen, who has 10 wins in 2022, and will be supported by Dane Michael Morkov. Danish riders Kasper Asgreen, winner of the Tour of Flanders in 2021, and Tour newcomer Mikkel Honore, have also been selected for the three-week race which gets underway in Copenhagen on July 1.

Alaphilippe missed a block of the season after a horror crash at Liege-Bastogne-Liege in April. He only returned to racing last weekend at the French national championships, where he secured 13th in the men’s road race.

Fabio Jakobsen isn't the only debutant at the race, with two other young riders, Andrea Bagioli and Mikkel Honoré, set to be on the start line in Copenhagen.

Kasper Asgreen makes it three Danes on Quick-Step Alpha Vinyl’s roster for the Grande Boucle, which will include also Mattia Cattaneo – 12th overall at last year’s edition – Tim Declercq and Yves Lampaert, who is returning to the Tour after three years.

The omissions of Cavendish and Alaphilippe mean that the Belgian team heads to the Tour without a single former stage winner in their ranks and three riders who have never ridden the race.

VIDEO: Why Mark Cavendish SHOULD Be Going To The Tour De France