Sam Bennett is out of Bora-hansgrohe Tour de France team

Sam Bennett will not ride the Tour de France this year, with his Bora-hansgrohe team unexpectedly deciding not to bring him alomng with lead out man Ryan Mullen 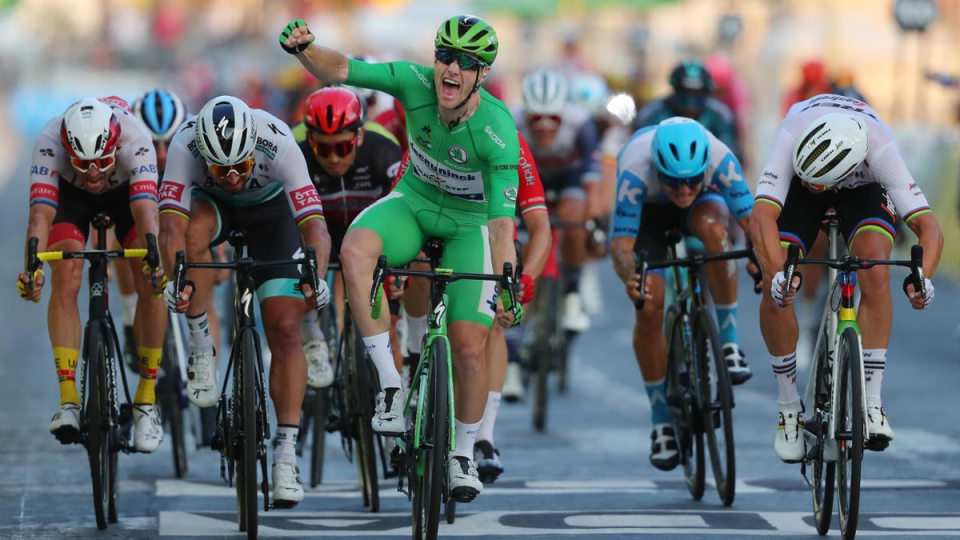 The news is a shock set-back for both riders as they both fully expected to be selected. Mullen spoke of his expectations of a Tour debut just last week while Bennett has repeatedly looked to the Tour as his main goal of the season when speaking to the media.

The Bora-hansgrohe line-up is set to target the general classification with Aleksandr Vlasov as leader. However, Danny van Poppel – one of Bennett’s lead-out man – has been picked and he could target a stage win from group sprints.

The team has decided to build its effort around Vlasov despite the Russian rider having to abandon the Tour de Suisse – while leading the race – just last week after contracting Covid-19.

Two other riders who have recently contracted the virus, Max Schachmann and Marco Haller, are also part of the Tour team, with Bora-hansgrohe clearly completely confident all three riders are fully recovered.

Nils Politt, who won the German road race title at the weekend, is also picked as are Lennard Kämna and Patrick Konrad – with that trio all having won Tour de France stages during their careers. The line-up is completed by Felix Großschartner who has just won the Austrian TT and road race titles.

Bora-hansgrohe announced its team in a podcast today, saying it was a team in transition towards becoming a top general classification outfit after winning the Giro d’Italia with Jai Hindley.

And while it hoped for a stage win from this Tour de France, it’s ultimate goal was to finish on the final podium with Vlasov, who has won Volta a la Comunitat Valenciana and Tour de Romandie this year. He was also likely to win Tour de Suisse but for being forced out.

“It is never an easy decision because our roster is so strong, and we could easily have picked 10, 11 or 12 guys,” said Rolf Aldag sports director. “We have done well in stage races this year. As well as the Giro, we won Valencia, Catalunya and Romandie, which shows the direction the team need to go.”

Aldag said Van Poppel – who was brought into the team to be part of Bennett’s lead-out this year – was selected because he had put in “a very solid performance so far, a lot of very good placings”.

Sam Bennett won the points classification at the 2020 Tour de France, becoming only the second Irish cyclist in history to win the green jersey at the world’s biggest bike race. Bennett finished his Grand Tour in style with victory on the Champs Elysees, extending his lead over second-placed Peter Sagan.