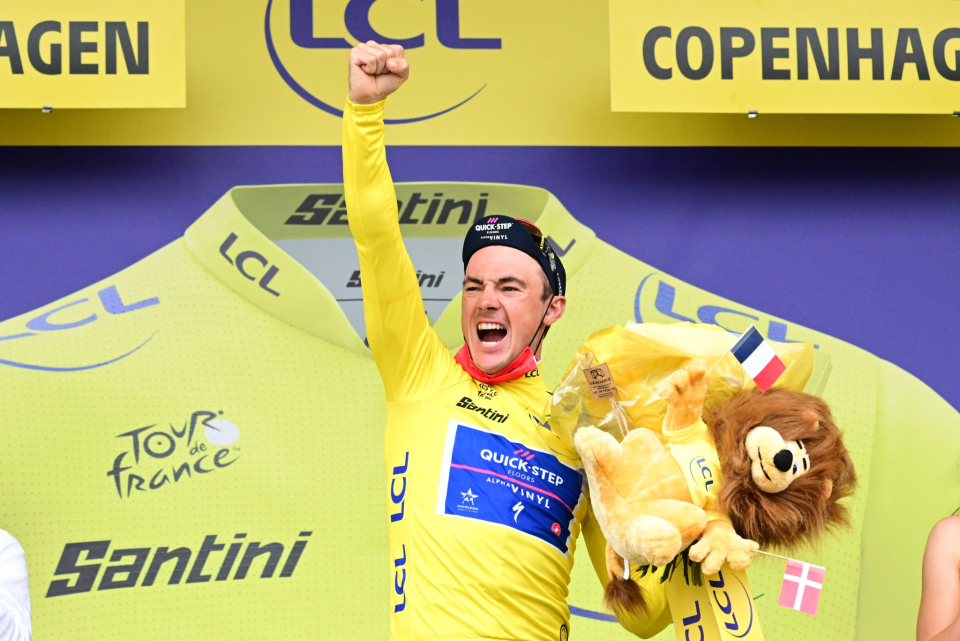 The heavens opened up on the huge crowds in Copenhagen, which didn't dampen their spirits.

One of the big favorites Stefan Bissegger ended up crashing twice on two of the really tight 16 corners, riders were having to break early in the rain, to stay upright, making the course treacherous with many commenting "it's a skating rink".

With forecast of rain coming for later on in the day, most of the stage favourites and GC contenders had gambled wrongly and set off early.

Bissegger was not the only one to fall, Christophe Laporte also crashed, favouring only a few of the riders as the roads were consistently wet.

Favorite Mathieu van der Poel set one of the fastest times of 15m 30s over the 13.2 km flat course around the city early on.

With Laporte crashing out of contention the stage win seemed certain for van Aert.

That was until Yves Lampaert (QuickStep-AlphaVinyl)  started as the rain subsided and the roads dried a little, he shaved four seconds off the time of Belgian van Aert.

Lampaert was shocked to take the first Yellow Jersey at the 109km Tour de France, perhaps aided by the drying roads, but still an incredible performance.

The Belgian's time was fast enough to stay in the hot seat, with Lampaert taking his biggest career win and the Yellow Jersey.

“I was hoping to make the top 10 and that would already have been great but now I beat all the best in the world. I’m just a farmer from Belgian and I do this, it’s unexpected. I cannot believe it. I knew I was in good condition, but to win stage in the Tour de France, especially stage 1 is something I never could dream of. To beat van Aert, van der Poel and Ganna, it’s unbelievable for me. The roads were still very wet when I rode so I think I had the same conditions as the favourites and yet I finished 5’’ in front of van Aert. I will have the yellow jersey on my shoulders at least for one day. I will only be able to realise when the Tour will be over, or maybe on Monday when I’ll see my girlfriend and my son. I want to share this moment with Tim Declercq who is one of my best friend and couldn’t ride the Tour because of Covid.”", said an an overwhelmed Lampaert.

Wout van Aert pulled on the green jersey in second place, as Tadej Pogacar dealt a blow to his GC contenders finishing third.

The 2nd stage is a 202 kilometre stage travels from Roskilde to Nyborg across Denmark. Although it features some modest climbs, a bunch sprint is the most likely outcome.

The exposed roads and winds could make for a difficult stage where GC contenders won't want to lose any time. 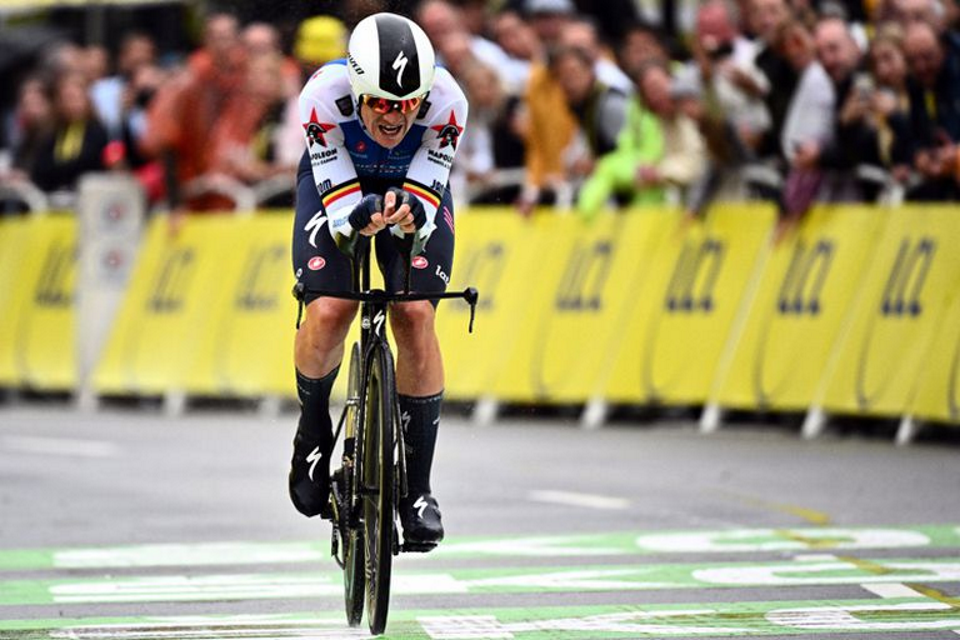