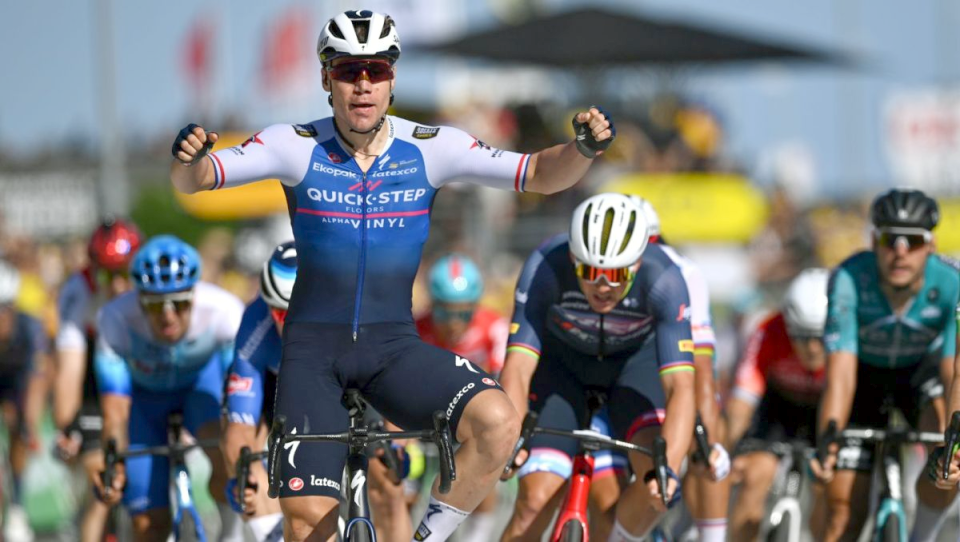 They built up a maximum lead of just over three minutes.

Magnus Cort (EF Education-EasyPost) to the KOM points ahead of Sven Erik Bystrøm (Intermarché-Wanty-Gobert)  to take the Polka Dot jersey at the end of the stage.

Magnus Cort (EF Education-EasyPost) also won the intermediate sprint from the breakway, behind van Aert, Sagan, Laporte cross the line in that order, only 30'' behind the leading duo.

Sven Erik Bystrom (Intermarché-Wanty-Gobert) was brought back by the pack 31km before the end, and was awarded the combativity award.

With a crossing of the Great Belt Bridge into Nyborg with 20 km to go, there was a crash in the nervous bunch. 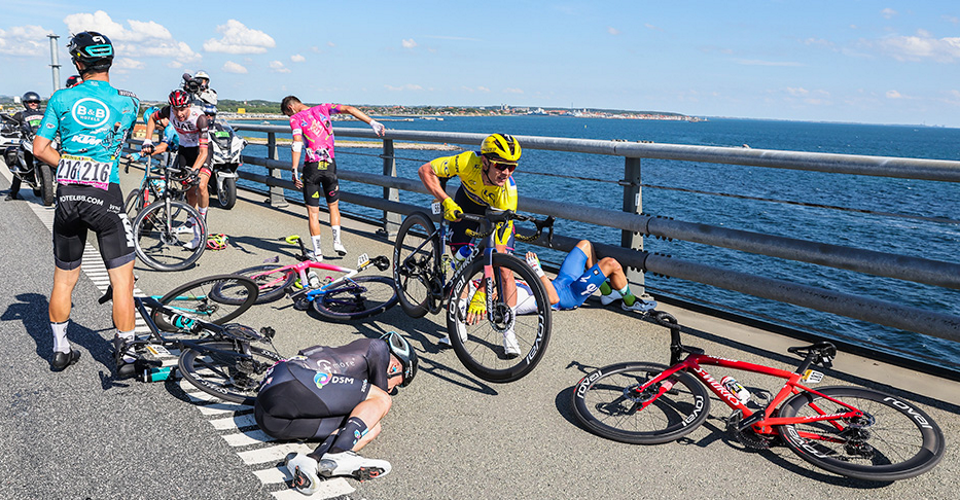 Yves Lampaert crashed along with a few other riders including GC favorite Rigoberto Uran.

Yves Lampaert and a handful of other riders managed to bridge back up to the main peloton as they slowed in the cross winds on the 18km long bridge.

Rigoberto Uran was delayed and his teammates dropped back to pace him backup, over 1m 11s behind. Stefan Bissenger also dropped back and after a furious chase managed to rejoing the main group with 10km to go,

As the pace wound up for the final sprint there was a huge crash just inside 3km to go, those involved didn't lose any time.

Wout van Aert pulled on the Yellow Jersey after sprinting to second place in a stage with several big crashes.