Tadej Pogacar took his second consecutive stage win extending his lead in the race, by overhauling Kamna and Vingegaard at the top of the super steep climb of Super Planche des Belles Filles 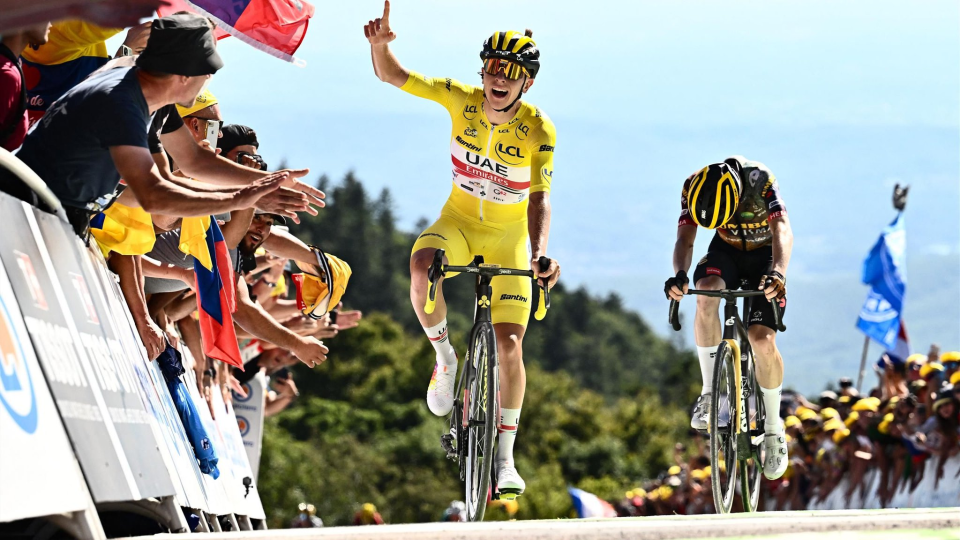 Attacks in the breakaway started with 70 kilometers to go as the climbs started.

The breakaway was reduced to seven riders and slowly split on the final climb, as the GC favorites started the jostle for position.

Lennard Kämna bridged across and then attacked with five kilometers to go.

The German looked set to win, behind the reduced bunch beared down on him in the final km

Jonas Vingegaard attacked and looked likely to catch Kamna, but it was race leader Tadej Pogacar who countered and passed them in the final 100 metres to take his second consecutive stage win, stamping his authority on the race.

Vingegaard moved up to second overall, while Geraint Thomas and Adam Yates occupy third and fourth place in the overall standings.

Stage 8 is a trip to Switzerland and another very lumpy day with a very similar finish to the one in Longwy. The finish in Lausanne is on the shores of the stunning Lake Geneva.