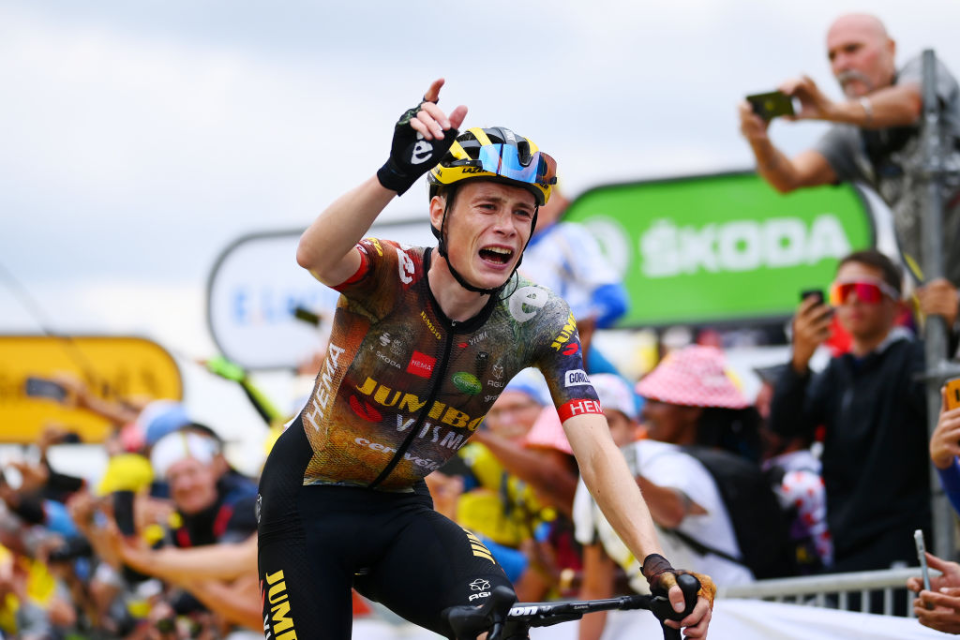 The flat start of the day saw a lot of riders trying to escape, with a large group going up the road early on. It didn't include the favourites for the stage win out of a breakaway, but the gap quickly grew to a maximum of nine minutes until the base of the Col du Télégraphe. There Jumbo-Visma from early on tried to attack, with Benoot and Roglic making a move but with Tadej Pogacar responding.

Jumbo isolated Roglic and attacked over the top of the climb, with both Roglic and Vingegaard trying to distance Pogacar at the base of the Galibier - but with no success. The rest of the GC group came back together afterwards, but Jumbo once again pushed the pace, but found themselves with a rival that was too strong to be distanced. Pogacar controlled the attacks over the Galibier, followed only by Jonas Vingegaard at the summit, whilst Roglic cracked and descended down the several riders and groups that followed behind.

In front Warren Barguil went solo in the final section of the Galibier, and entered the final climb with a gap of around five minutes - large but with the brutal Col du Granon ahead. Early on in the climb UAE took hold of the pace, soon chasing Nairo Quintana who attacked at the base.

Romain Bardet attacked with five kilometers to go, and soon after Jonas Vingegaard made a move. In a dramatic twist, Tadej Pogacar cracked and could not follow the Dane, neither could follow Geraint Thomas who soon followed. The results were to be decided, but the gaps seriously extended. Jonas Vingegaard took the lead of the race and took a glorious stage win with huge gaps behind, taking over a minute on Nairo Quintana and Romain Bardet who finished second and third.

Vingegaard is the new leader of the Tour de France, having taken 2:52 minutes on Tadej Pogacar.