Jonas Vingegaard defended attacks by Tadej Pogacar on L'Alpe d'Huez and defended the yellow jersey, as Tom Pidcock took the stage for INEOS Grenadiers from the breakaway 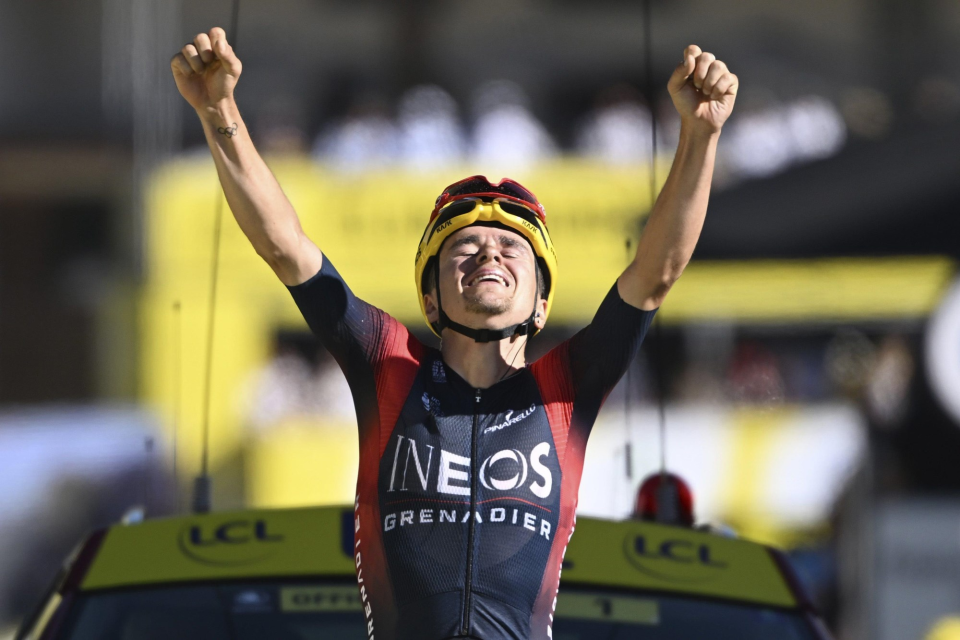 Stage 12 of the Tour de France promised spectacle and it delivered.

The start of the day saw a hard ascent of the Col du Galibier. It was a chaotic start with some very large groups going up the road, and a small early group making it over the Galibier in front, blown to pieces.

In the peloton it was all to be decided in the final ascent as the riders conserved their energy for the mythical Alpe d'Huez.

The breakaway entered the final climb with six minutes of advantage, with Tom Pidcock attacking after the first steep hairpins of Huez.

Meintjes and Froome briefly tried to bridge across, however with ten kilometers to go the gap started to grow. Behind, Jumbo-Visma set a strong pace, preventing attacks from surging from behind.

Tadej Pogacar attacked inside the final five kilometers but was unable to drop Vingegaard. Shortly afterwards, he was joined again by Sepp Kuss and Geraint Thomas. Pogacar tried one more time but without success, being perfectly matched by the Jumbo-Visma leader, as they arrived at the finish together.

Up front Tom Pidcock took the stage win and entered cycling's history books with a win up L'Alpe d'Huez at just 22 years old, with Louis Meintjes and Chris Froome completing the podium.

Chris Froome putting all doubts behind him and he returns to the top ranks of cycling after many years recovering from his horrendous crash.