Vingegaard beasts back Pogacar in hot Tour de face off! 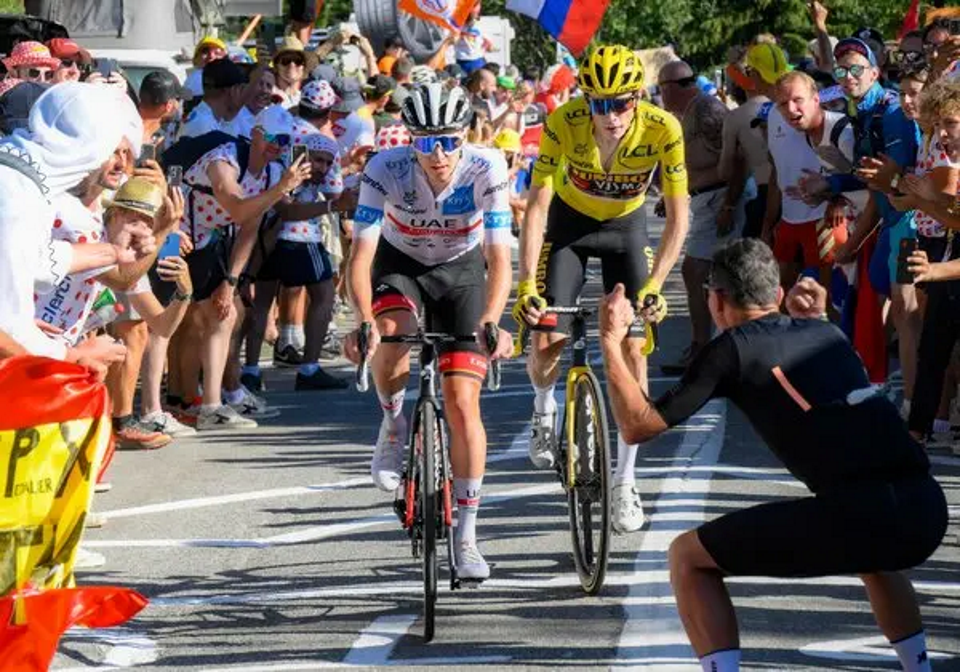 Australian Michael Matthews won the stage, a sizzling hot 192km run from Saint-Etienne, after a see-saw struggle with Italian rider Alberto Bettiol up the final hill with the road temperature hitting 60C in the heatwave.

Earlier, Pogacar had tried an attack near the start of the stage before Vingegaard's Jumbo team reeled the Slovenian UAE man.

After the peloton settled down as it raced along narrow, roads packed with rowdy fans in otherwise empty countryside, Matthews and 20 other riders broke away.

The first time the 31-year-old Matthews tried to shake off his companions, he was reeled in and overtaken by Bettiol. The Australian rallied and left Bettiol trailing to take a fourth Tour de France stage win.

Some 10 minutes back down the road, Pogacar went again with his trademark kick on a steep climb 5km from the finish, but Vingegaard skipped up behind with ease and held on all the way to the line at the Mende Aerodrome.

The searing heat made the tarmac soft on some corners and 2,000 litres of cold-water were poured onto the newer roads around 20 mins before the peloton passed.