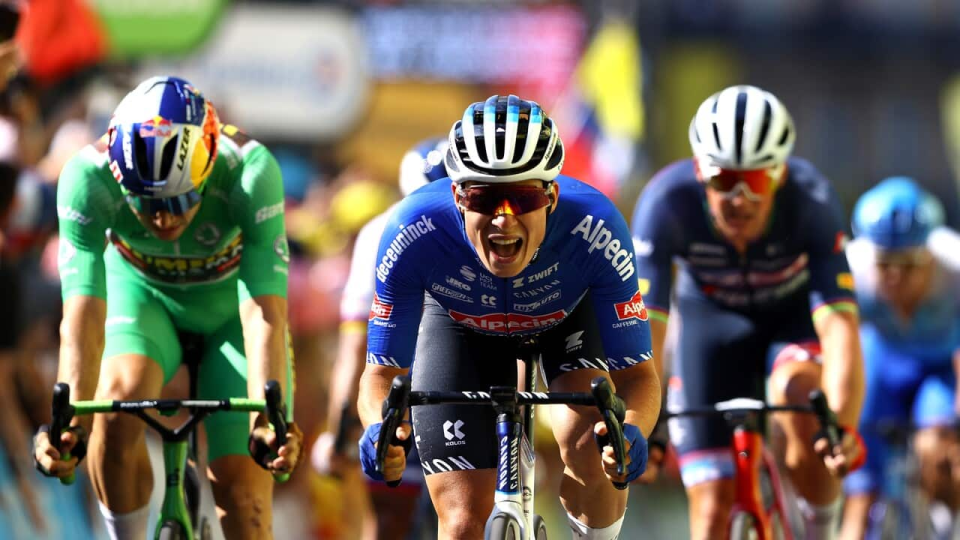 “It’s the biggest victory you can hope for. I came close a few times last year and our ambition was to win this year. There were very few opportunities for sprinters so we had to be patient,” said Philipsen.

Vingegaard retained the yellow jersey but hit the deck and lost two of his Jumbo-Visma team mates as Steven Kruijswijk crashed out and Primoz Roglic did not take the start of the 202.5-km ride from Rodez after failing to recover from injuries.

With the temperature above 40 degrees Celsius, organisers sprayed parts of the road with water to cool down the melting tar before the riders passed.

Ineos-Grenadiers rider Tom Pidcock even threw himself into a fountain to cool down after the finish.

Nils Politt and Mikkel Honore built up an advantage of about 2:30 over the peloton while Michael Morkov was dropped early on and suffered an ordeal alone at the back.

The breakaway was reined in with 50km left, shortly after Vingegaard crashed along with team mate Tiesj Benoot.

Vingegaard, who appeared not to suffer any injuries, made it back into the peloton and still leads defending champion Tadej Pogacar by two minutes and 22 seconds.

“It was not a memorable day. Today was not the best day with Steven and Primoz abandoning,” the 25-year-old said.

“I don’t know exactly what happened. Tiesj crashed in front of me and I could not avoid him. That’s cycling, I just have some bruises on my left side. I’m ok but it was a bad day.”

Vingegaard will be without two key climbers in his team for two gruelling stages in the Pyrenees that could decide the outcome of the Tour next week.

“If we hadn’t lost Vegard Stake Laengen and George Bennett (with Covid-19) we would be in a different situation,” said Pogacar.

“Now we’re on an equal footing. It’s going to be interesting next week.”