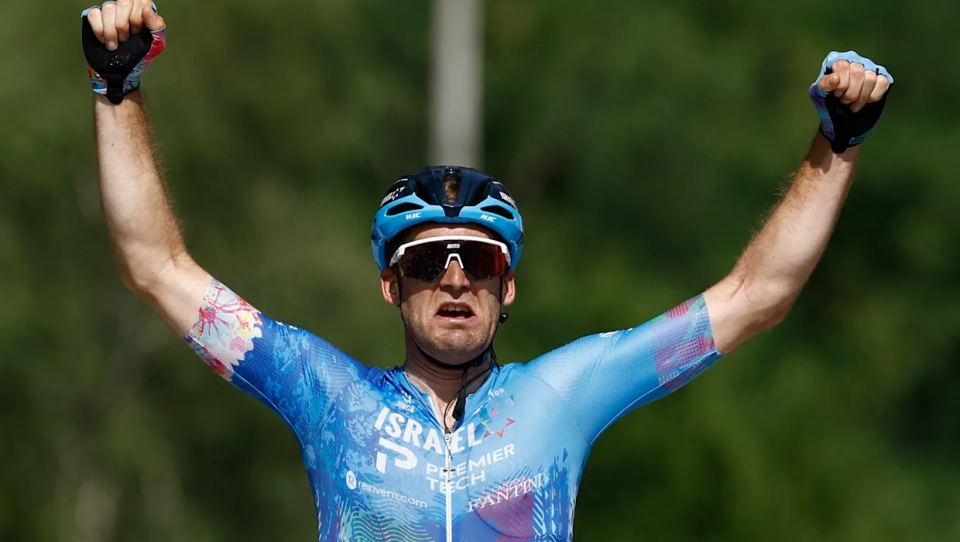 Hugo Houle surged clear of a strong breakaway to take a first ever pro win in Stage 16 at Foix and end Canada’s long drought on the Tour de France. The Israel-Premier Tech rider became the first Canadian stage winner since Steve Bauer in 1988 on a day race leader Jonas Vingegaard weathered the storm after a series of attacks from his yellow jersey rival Tadej Pogacar in the Pyrenean foothills.

After a successful breakaway to win Stage 16 of the 2022 Tour de France -- his first professional victory -- an emotional Hugo Houle paid tribute to his brother Pierrick, who passed away in 2012.

Houle, a Quebec native, is the first Canadian man to win a Tour de France stage since his compatriot Steve Bauer in 1988.

Bauer – a retired road bicycle racer – was victorious in France's Machecoul in 1988.

Houle completed Tuesday's Stage 16 in four hours, 23 minutes and 47 seconds to be the winner in Foix.

Stage 17 – a mountain stage between Saint-Gaudens and Peyragudes in southwest France – will be run on Wednesday.