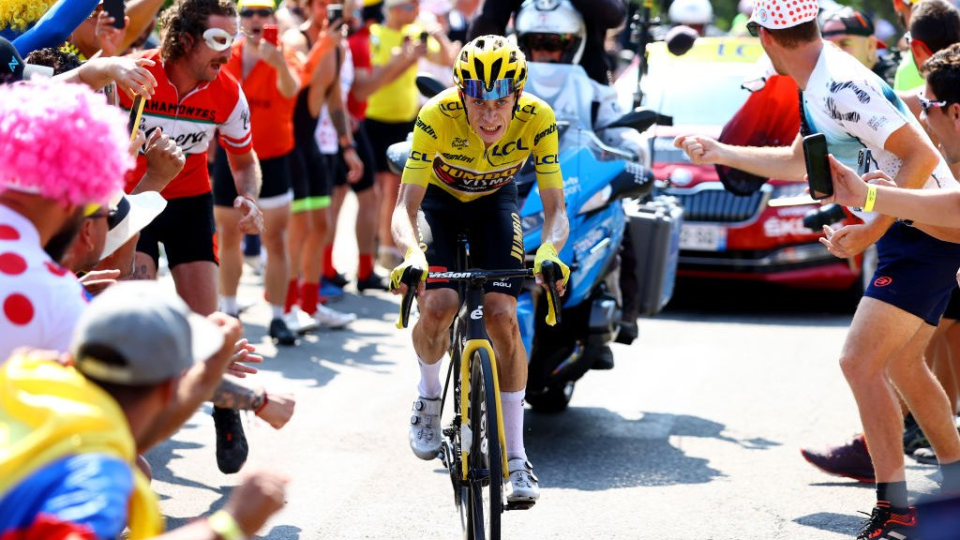 The moment that Denmark’s Jonas Vingegaard put away his first Tour de France title came Thursday, after some 70 hours on the roads of Europe over the last three weeks.

The decisive move came three hours and 48 minutes into the last mountain stage of the Tour. Two minutes later, van Aert peeled off, giving way to Vingegaard to summit the Hautacam alone, collecting his second stage victory this month.

“This morning I said to my girlfriend and my daughter, I wanted to win for them,” Vingegaard said.

Vingegaard came into the day with a lead of 2 minutes, 18 seconds over Pogacar. The Slovenian needed to make up a large chunk of that time Thursday to give him a chance to erase the rest in Saturday’s flat 25-mile time trial. Instead, Vingegaard gained another 68 seconds, upping the advantage to an all-but-insurmountable 3:26.

Now, the time trial will likely not be a competition for the yellow jersey. Instead, it’ll be a coronation for Vingegaard, before Sunday’s ceremonial ride into Paris, at a Tour that began in Denmark for the first time.

He will become the second Dane to win the Tour after Bjarne Riis, who prevailed in 1996 and, a decade later after retiring, said he used banned performance-enhancing drugs throughout the 1990s, including during that Tour. Vingegaard, 25, will become the first man to finish second and first in his first two Tours since German Jan Ullrich in 1996 and 1997.

The overall podium is likely set.

Pogacar, who won the Tour in his first two starts, is comfortably in second place, 4:34 ahead of Geraint Thomas, the 2018 Tour winner. Thomas is another 3:05 up on fourth-place David Gaudu of France.

The 19th stage on Friday, a flat day for the sprinters that is unlikely to shake up the top of the standings.

Before Thursday’s stage, four-time Tour winner Chris Froome withdrew after testing positive for COVID-19. Froome, who hasn’t been a Grand Tour contender since a career-threatening 2019 training crash, was in 25th place in the overall standings.