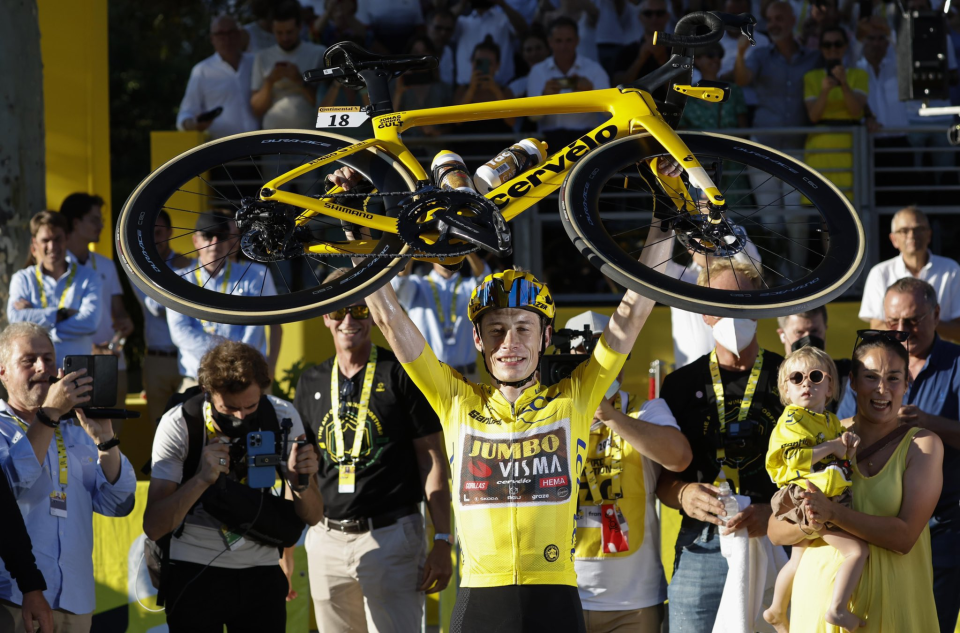 Belgium's Jasper Philipsen won the dash for the line on the cobbled Champs Elysees to take the iconic final stage victory.

The ecstatic Philipsen lifted his bike aloft at the finish line after taking his second win of this Tour, turning the page on his embarrassment of mistakenly celebrating on stage four, when he had in fact finished second.

Vingegaard and his Jumbo-Visma teammates all crossed the line together in a line and cheering wildly.

After a relentless struggle over peaks and plains in a crushing heatwave, Vingegaard assured his win on Saturday's time-trial having taken the lead in the Alps and extended it in the Pyrenees.

Defeated champion Pogacar won the best under-25s jersey for the third time and leaves this Tour with his reputation intact after attacking Vingegaard to the bitter end.

The final day of racing saw the traditional celebrations early on in the day, as all riders who reached Paris had some hours to relax and feel the achievement of having completed the 2022 Tour de France. The race started, as traditional, in the entrance of the circuit on the Champs-Élysées.

Several riders tried escaping early in the stage making for a very complicated race for some, as the pace was pushed to the limit throughout a long time. Antoine Duchesne, Olivier Le Gac, Max Schachmann, Owain Doull and Jonas Rutsch had a go at the front, caught inside the final 10 kilometers.

With six kilometers to go Tadej Pogacar himself launched an attack off the front, having Filippo Ganna in the wheel in a last big to escape the peloton, however with too many riders having the legs to follow the wheels which saw the peloton gaining back it's volume.