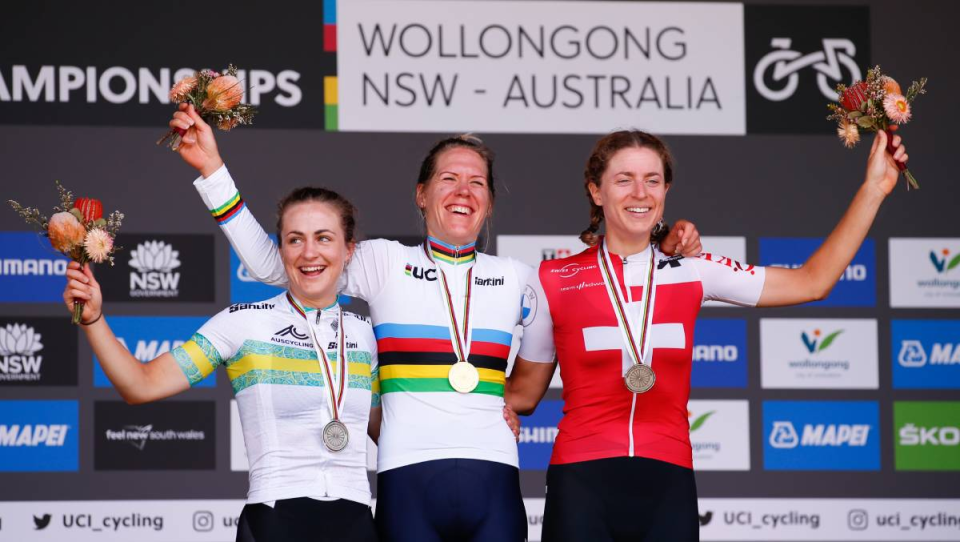 The 35-year-old title holder was the final rider down the ramp and smashed Brown's blistering early pace to win by nearly 13 seconds in 44m 28s to clinch another world title, having won in 2013.

Switzerland's Reusser was third, 42s behind at the opening event of the eight-day road world championships in Wollongong, a coastal city 50 miles south of Sydney.

"I never expected to win. I didn't think it was a perfect course for me but I had a good mental and physical approach with my coach," said Van Dijk, "I just thought I would give it my all today, a podium spot would be nice, but if it's not, it's not, I still had a great year. I never thought I would win today."

"I wanted to focus completely on myself, but I was so surprised to cross the finish line first," she said.

This year, women covered the same distance as the men, 21.2 mile route of two laps on a technical and twisting circuit with a small climb around Wollongong.

Australian and Commonwealth Games time-trial champion Grace Brown was among the first riders in the hot seat until Van Dijk's went faster.

Switzerland's Reusser setting a faster pace through the first split, but faded as Van Dijk, who started after her went faster and said "Van Dijk had a phenomenal day. She's a seasoned time-trialer and she deserved the win."

In another first, women competed in their own U23 world championship time-trial as part of the same race with Italy's Vittoria Guazzini taking gold.