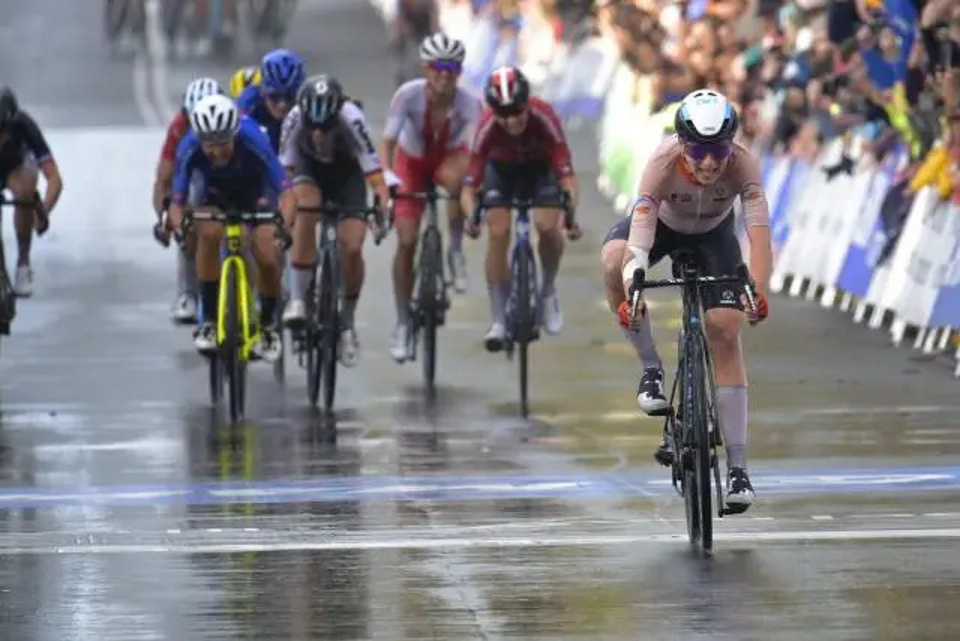 The 39-year-old Dutchwoman injured her right elbow in the mixed relay on Wednesday after crashing heavily.

Buried in the peloton for most of Saturday's race, she produced a late attack in the final km to beat Belgium's Lotte Kopecky in Wollongong, Australia.

"It was hell today," Van Vleuten said, "I think this was the best victory of my whole career with the week I have been through. Miracles can happen."

The win rounds off an extraordinary season for the Movistar rider, who won the Tour de France, Giro and Vuelta to claim all three major tours of 2022.

After her crash on Wednesday, the 2019 road race world champion said her participation in Saturday's road race would depend on her pain levels and that she would need "to be sensible".

Following her victory, Van Vleuten explained: "I knew that I couldn't sprint with my elbow, and I was waiting for the moment to attack from behind.

"That was the only chance that I had, and I was waiting and waiting until they came with a sprint over the top of me, but they didn't catch me."