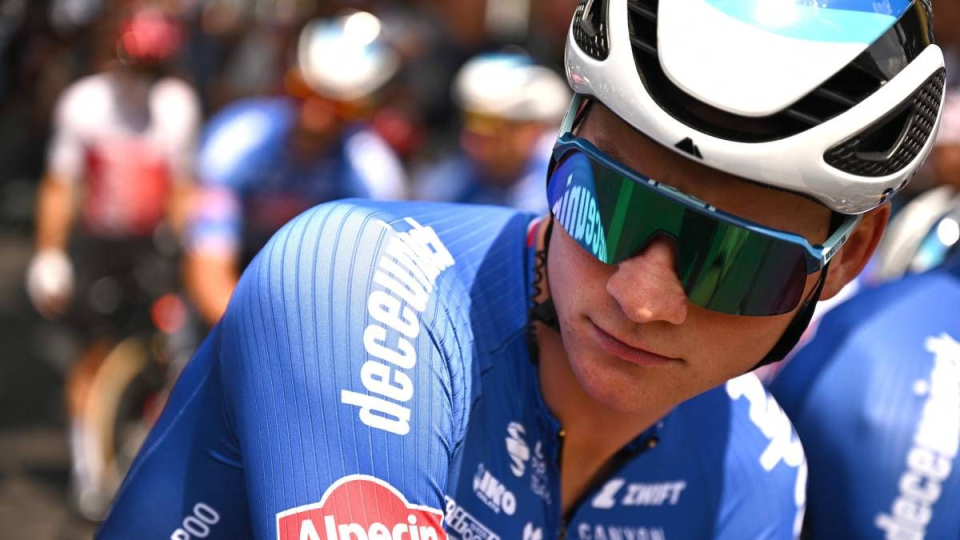 The 27-year-old was among the favourites for the rainbow jersey and started the 266 km race around the coastal city of Wollongong south of Sydney on Sunday, but retired in the early stages.

Rumours are he confronted a group of teenagers who repeatedly knocked on his hotel door at the Grand Parade Brighton-Le-Sands in Sydney.

The multiple cyclo-cross world champion won a stage on the Tour de France and Giro d’Italia, and was widely viewed as one of the favourites for the 266.9km world championship road race in Wollongong, Australia.

Christoph Roodhooft, director from Team Alpecin-Deceuninck, said the rider was shattered, "He didn't sleep all night", Roodhooft told reporters, "his expectations were high today after a bad Tour de France."

Van der Poel confirmed the facts before the race "It's true, there was a small dispute with noisy neighbours and they are very strict here."

"I wasn't back in my room until 4 o'clock in the morning. It's a disaster, I'm trying to make the best of it."

New South Wales state police confirmed a dispute took place at a hotel in Sydney and that a 27-year-old man was charged with common assault, but would not name those involved.

"About 10.40 pm on Saturday, a man at a hotel allegedly involved in a verbal altercation with two teenage girls -– aged 13 and 14," police said in a statement.

"It's further alleged the man then pushed both teenagers, one falling to the ground and the other being pushed into a wall causing a minor graze to her elbow."

Police were called by the hotel's management and they arrested a 27-year-old man shortly afterwards.

He was taken to Kogarah Police Station in Sydney and charged with two counts of common assault. Van der Poel was bailed to appear in a Sydney court on Tuesday next week.

Roodhooft confirmed Van der Poel was taken to a police station to explan what had happened and bailed.

Van der Poel had a remarkable season winning Dwars Door Vlaanderen and the Tour of Flanders.