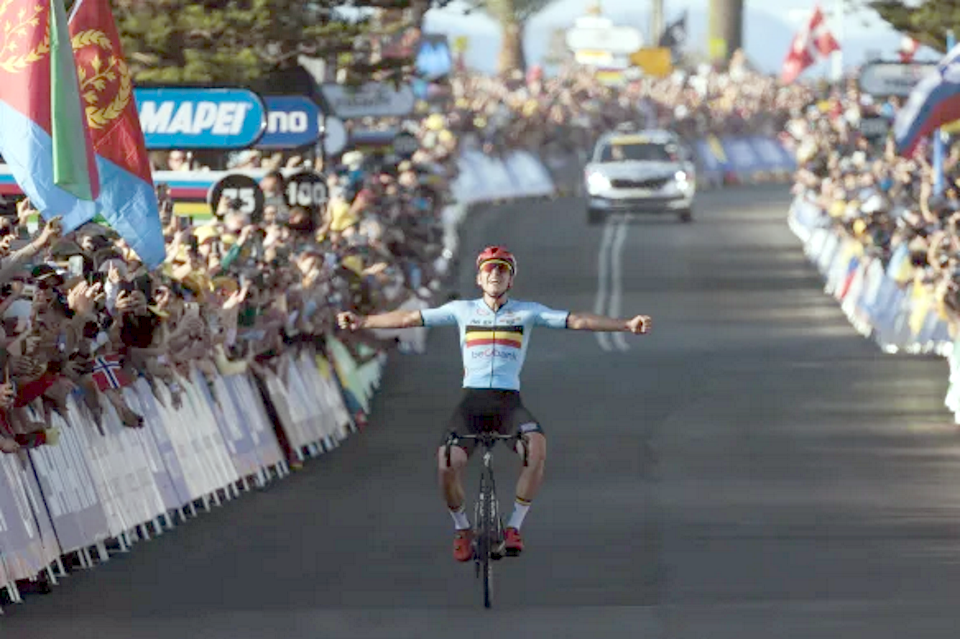 The 22-year-old finished over 2 minutes ahead of a charging peloton where Frenchman Christophe Laporte won the bunch sprint ahead or Michael Matthews and Wout van Aert after 266 kms around the coastal city of Wollongong, near Sydney.

"After a long season it's amazing to finish like this," said Evenepoel to the press, "I'm super-happy I had the legs today, it's something I've been dreaming of."

Evenepoel launched a huge attack with around 35 kilometres to go, only Alexey Lutsenko could follow, he attacked again with nine kilometres to go and dropped the Kazakh.

He built up a 1 utemin lead on the final 17km lap and time trialled to the finish to become the first Belgium winner since Philippe Gilbert back in 2012.

Remco Evenepoel has had a stellar season, winning the Vuelta a Espana and Liege-Bastogne-Liege.