The start of the 73rd Omloop Het Nieuwsblad will once again start in Ghent at Emile Clauslaan, near the Citadelpark. After last year's success, the kick-off will begin with a team presentation and opening show in the Kuipke Hall.

The peloton will start their 196,2km race at 11:35 CET. After a flat start the riders will hit the climbs after 60 kilometres. In total 13 climbs and 8 cobbled sections await, starting off with a first time the combination of Haaghoek and Leberg.

After the first loop of the cobbles of Huisepontweg and Holleweg and the climbs of Den Ast and Kattenberg, a second ascent of the Haaghoek and Leberg await. This iconic Omloop Het Nieuwsblad combination will be climbed for a third time, in between climbing the Kokkerelle and Wolvenberg, crossing the cobbles of Ruiterstraat and Jagerij and finally making their way up Molenberg with 52km to go.

The Molenberg will be followed by Berendries as ninth climb of the day with less than 40km to go. Immediately after, the Valkenberg and Tenbosse are served up.

The Grand Finale of this year's new Omloop Het Nieuwsblad course is a combination of the of Muur van Geraardsbergen (15,8km from the finish line) and Bosberg as the final climb, only 12 km away from Ninove and it's treacherous finish line on Halsesteenweg.

"The final 60km are identical to the final Ronde van Vlaanderen with arrival in Ninove", says Wim van Herreweghe of Flanders Classics. "This finale, with exactly the same sequence of climbs, lies fresh in the memory of many riders and cycling fans. The finish line being painted at exactly the same place as seven years ago, couldn't be more symbolic."

"For many fans it will be a happy reunion with familiar grounds", adds cycling director Peter van Petegem, who was victorious on this very same track in the Ronde van Vlaanderen of 1999 and 2003. "The finale with the Muur and Bosberg speaks to the imagination. A new generation of riders, who have never battled on this course, are anxious to do so. As thé opener of the spring classics season, Omloop has always had a big force of attraction and with this finale it won't be any different. It's going to be a real spectacle." 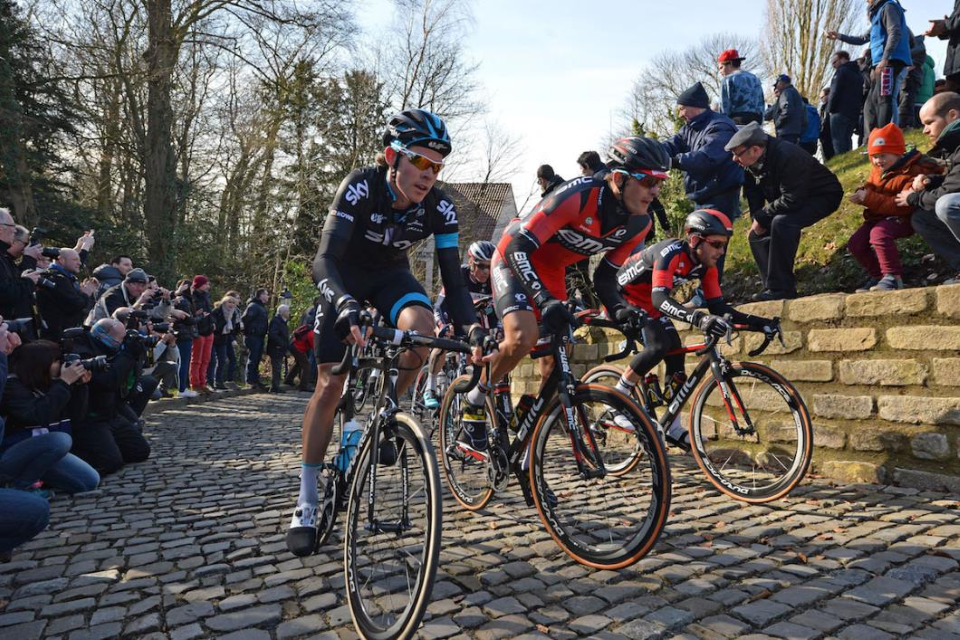