Milano-Sanremo by NamedSport has been part of Italian popular culture since 1907. It is indelibly linked to some of the great moments in 20th century Italian history. For instance, the 1946 Milano-Sanremo took place the day after King Victor Emmanuel III, compromised by his earlier support of Mussolini to play any part in post-war Italian politics, announced his intention to abdicate. 24 hours later, Fausto Coppi, that giant of Italian sporting history, launched a 150km solo attack that led to victory in the 37th Milano-Sanremo by no less than 14 minutes.

Given the huge period of time before the arrival of the second-placed rider, the radio commentator Niccolò Carosio fell back on a time-honoured broadcaster’s ruse, introduced by this immortal piece of sports commentary: “First across the line, Fausto Coppi. And now, while we wait for the other riders to finish, here is some light music!” In the collective memory, the birth of the modern Italian Republic is intimately associated with Fausto Coppi’s extraordinary performance that day. 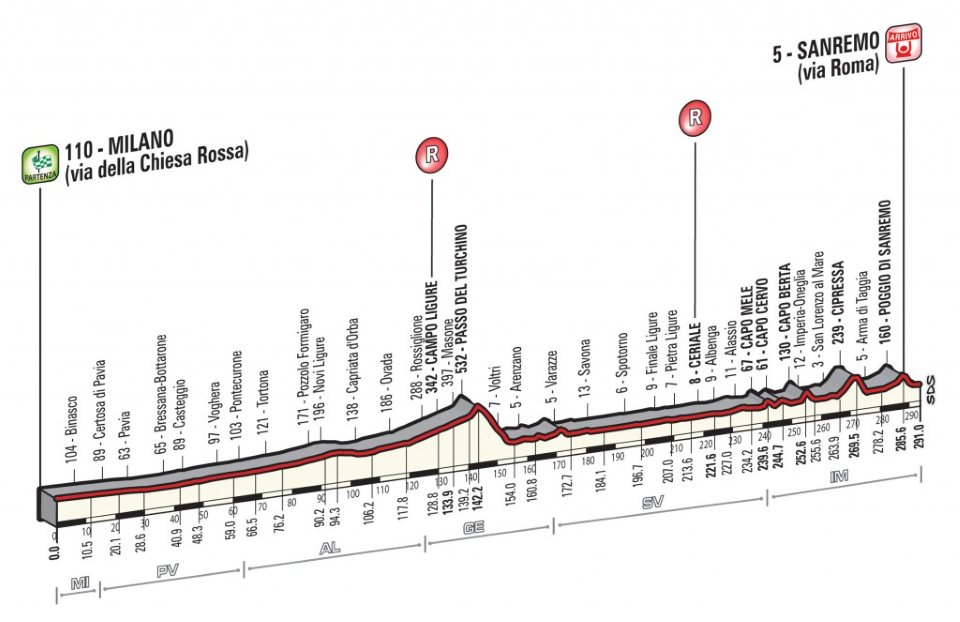