The 111th edition of the Tour of Lombardy will be held on Saturday the 7th of October, 2017. The fifth of cycling’s five Monuments is the last illustrious European race of the season. Given the time of year, Il Lombardia has been nicknamed the ‘Race of the Falling Leaves’.

In 2016 it was Esteban Chaves who took the flowers. The Colombian outsprinted his fellow escapees Diego Rosa and Rigoberto Uran. 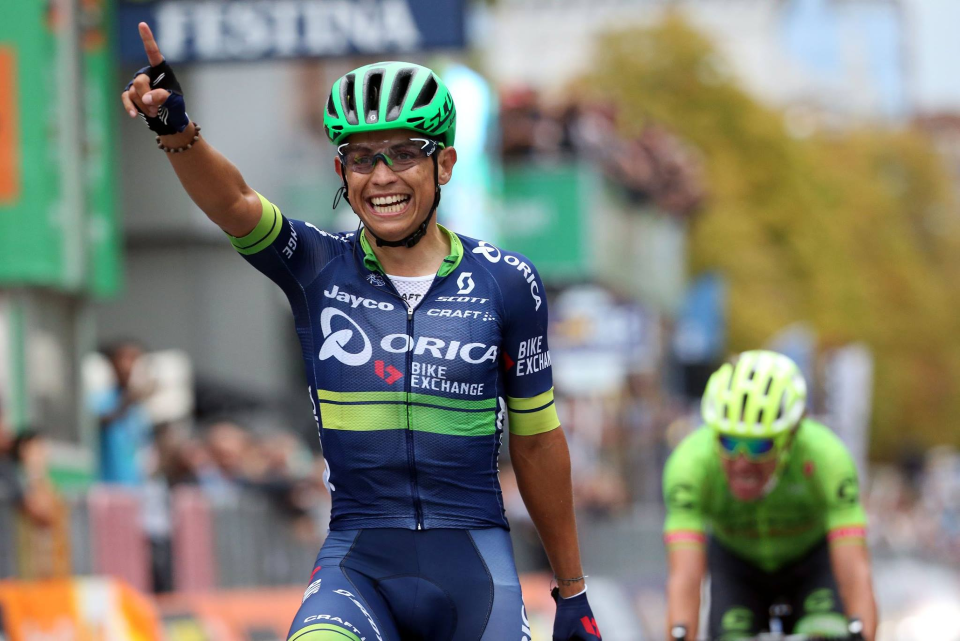 The Monument Classic, organised by RCS Sport/La Gazzetta dello Sport, will start from Como and finish in Bergamo, on a very challenging course of 240km, featuring 4,400m of total elevation, and a finale presenting two climbs that have never been faced before in Il Lombardia.

The race starts in Como and features a first “classic” sector, which stretches through Cantù, Erba, Asso and Onno, and ends with the Ghisallo climb along the Bellagio slope. This is a must of the race, but it will not probably be decisive in this edition (despite its 14% gradient), as the finish is still a long way off. The route then runs past Asso, Pusiano and Oggiono; after clearing the Colle Brianza climb, the course crosses the upper Brianza zone and the territory surrounding Merate, to finally enter the province of Bergamo through Calusco d’Adda. In Torre de’ Busi, the route takes in the Valcava climb (9.6 km with a 9% gradient, max. slope: 17%, 1,336 m), on a narrow and winding mountain road, with 14 hairpins. The route drops down into Costa Valle Imagna along a technical descent (reaching steep gradients), continues across Ponte Giurino (second fixed feed zone), and then takes a first-ever climb up Sant’Antonio Abbandonato and Miragolo San Salvatore. Both ascents feature steep gradients, a narrowed roadway and a technical profile. A short descent leads to an uncomplicated climb up to Selvino, followed by a long descent with a few hairpins in-between. Then, a further 9 km will lead to the classic itinerary through the upper city, and then all the way to the finish line along the Sentierone.

Over the final kilometres, the route runs across the upper city (Bergamo Alta), climbing up to reach Porta Garibaldi and then Largo Aperto (covering 200 metres on pebble paving). In the first sector, gradients never fall below 10% (with a maximum of 12%). Along the descent, the roadway is wide and the surface is smooth. With 1.800 m to the finish, a sharp bend and a sector on narrowed roadway lead through Porta Sant’Agostino. The road bends to the left after the flamme rouge and then, 250 m before the finish, the last right-hand bend leads to the finish line, after an 8-metre wide, flat home stretch on asphalted roadway. 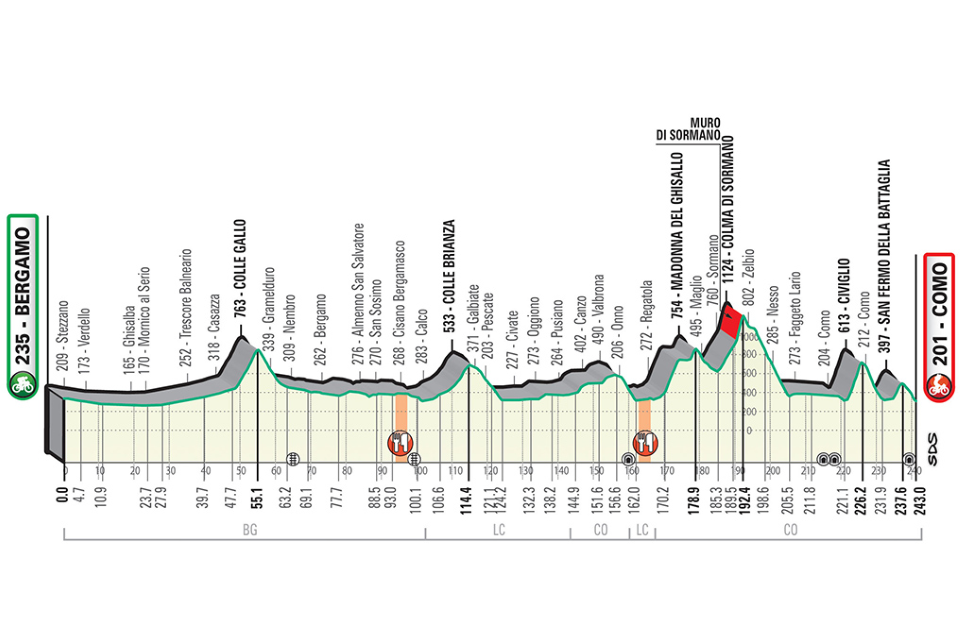 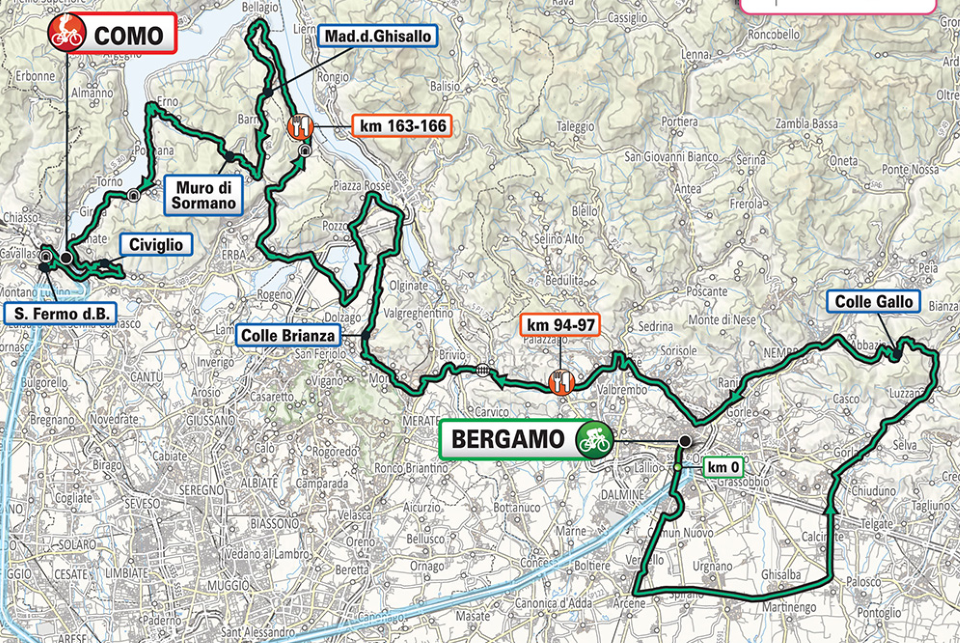