Doi Ang Khang is a mountain in Fang District, Chiang Mai Province, Thailand. It is part of the Daen Lao Range that straddles both sides of the Burmese-Thai border. It is the site of an agricultural station, the first research station set up by King Bhumibol Adulyadej in 1969.[1] The peak of Doi Ang Khang is 1,928 metres (6,325 ft) above sea level, and the agricultural station covers an area of 1,989 rai (318 ha). The temperature average is 17.7 °C.

With only 25km and super steep segments, Ang Khang climb would be very difficult if you aim to go fast. Even with easy pace, it will still be difficult for average cyclists, with maximum gradient of 34%. Highlight of the route are turns that you could see coming up and when looking down. Tourism Thailand Cycling Club and Debsirin ? School Royal Project Under Royal Patronage host Ang Khang KOM cycling festival event to promote responsible tourism so that visitors will be aware of the value of the hill tribe community, enjoy local culture, understand the sufficiency economy under the royal initiative, and protect the environment.

With only 25km, 11km climbing zone in Hors Category +10 +20 +30%. Maximum at 34%. Classic. The closer to the top, the more steep it gets. If you bring a small cassette, there are chances you will be on your feet. Many cyclists surrendered to the famous Landslide Segment which has 3 turns. And.. Don't be surprised if your Garmin reads more than 11km for the climbing zone because you will most likely gain few more kilometers doing zigzag to survive the brutal last 8km with average +13% grade. Segment with +8% will be your resting zone. 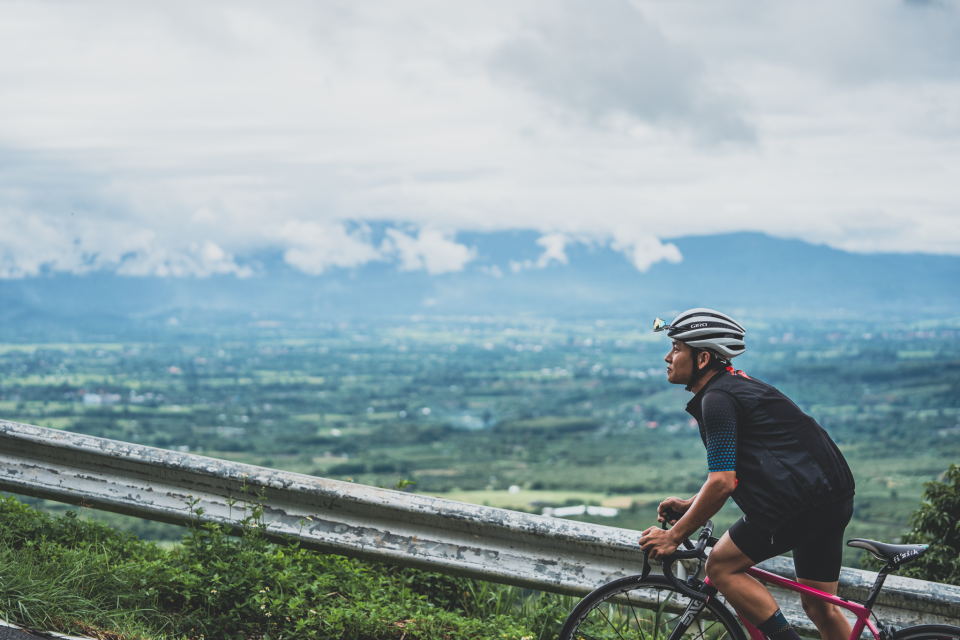