Stage 8 goes uphill towards Mont Revard at the start and with a harder climb that the stats say. Then things settle down as the race crosses the Bauges mountains – where Le Vélo de Ghislain Lambert was filmed – before lapping the southern shores of Lake Annecy and taking the unmarked Col du Marais. Then comes the Colombière, 11km in the roadbook but with 11km of climbing to get to the start of the climb, but not so steep. The race used this route in 2017 when Richie Porte (BMC) was leading the race but got mugged by his former colleague Sky Chris Froome on the descent of the Colombière and Jakob Fuglsang won the stage atop the hard Plateau de Solaison climb. 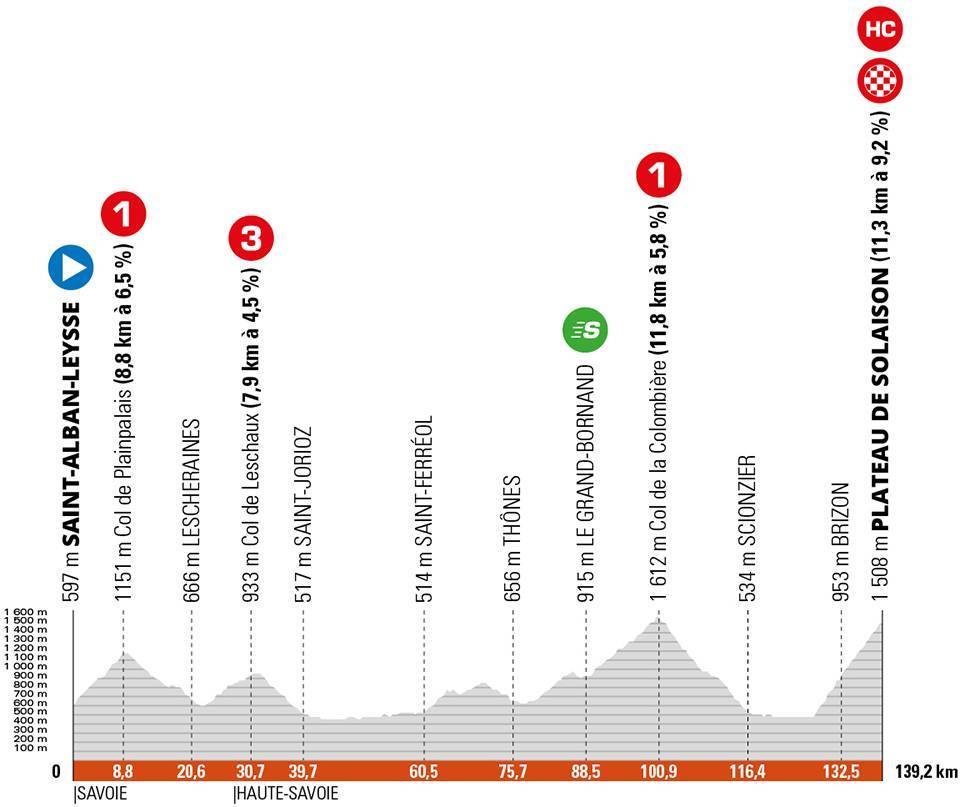