La Grande Boucle sets off with a flat individual time trial in Copenhagen. Although featuring some sharp turns, the course suits specialist who can push a big gear. The route is 13 kilometres long.

Ten years ago the Grande Partenza of the Giro d’Italia was in Denmark and now it’s time for the biggest cycling race in the world, La Grande Boucle. The place of action is different though. The Giro began with an ITT in Herning, on the other side of the country. Taylor Phinney took the spoils ahead Geraint Thomas and homerider Alex Rasmussen.

The Copenhagen opener is an individual time trial in front of roaring city crowds. Kasper Asgreen will be especially eager to win the race and take the first yellow jersey.

Originally, the 2021 Tour would have kicked off in Denmark, but a combination of COVID-19 and the European Football Championships forced the organisation to develop a different scenario. Last year’s Grand Depart took place in Brittanny and Julian Alaphilippe climbed to victory on the punchy Côte de la Fosse aux Loups in Landerneau. 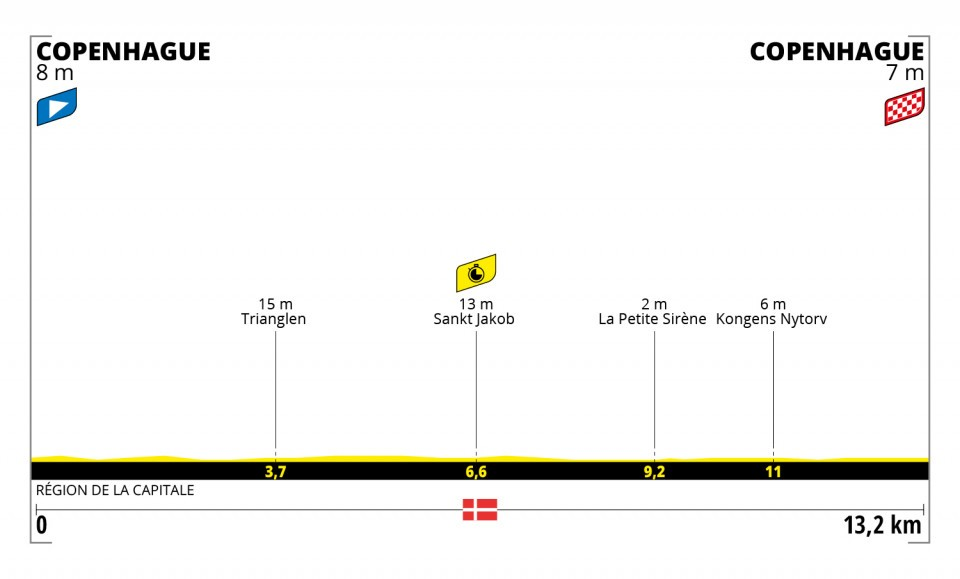