Saturday 2 July - The 2nd stage at La Tour is another test in Denmark. The 199 kilometres travels from Roskilde to Nyborg. Altough featuring some modest climbs, a bunch sprint is the most likely outcome.

The riders clip into their pedals in Roskilde, some 30 kilometres west of Copenhagen. They continue further west to enter the Odsherred peninsula, which landscape was formed 17,000 years ago during the latter part of the last glacial period. The only three classified cimbs are situated in this region.

The riders tackle the Côte d’Asnæs Indelukke, Côte d’Høve Stræde and Côte de Kårup Strandbakke within 25 kilometres before the route continues on the flat towards the finish in Nyborg. Just one obstacle could shake things up a but. Actually, the Storebælbro is not a climb at all, it’s a 18 kilometres long bridge across the Great Belt that links together the eastern and western parts of Denmark. But since it’s extremely exposed the wind could have an impact. Moreover, the Storebælbro does climb, although at shallow gradients. 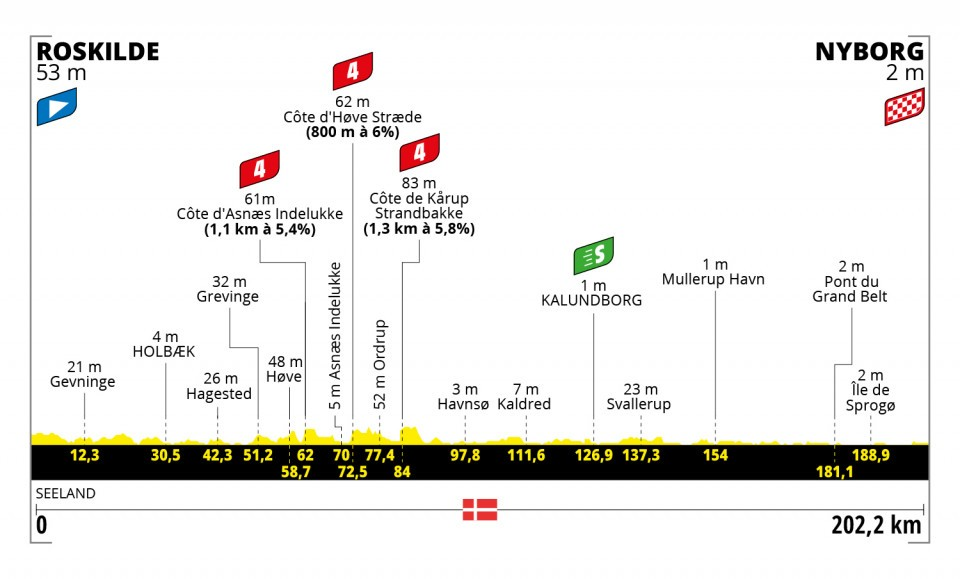