The first day in France is a coastal affair with the stage from Dunkirk to the major port of Calais, again a sprint is expected, but wind could, once again, play a major part.

Although the stage starts and finishes at sea level, the amount of climbing in between might well give the sprinters some cause for concern. The peloton will, for example, head towards the hills of West Flanders and then visit the Boulonnais hills. There’s likely to be lots of long-range attacks, especially in the final section along the coast that could well be windy: the climbs near the Cap Gris-Nez and Cap Blanc-Nez headlands could prove decisive. 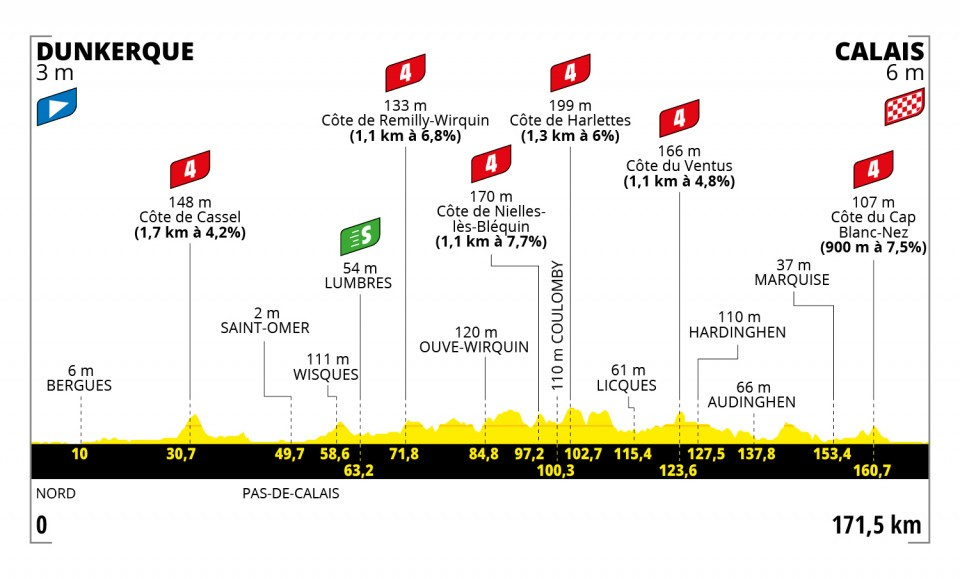