The final mountain stage of the 2022 Tour de France sees the return of the Hautacam climb for the first time since 2014 where Vincenzo Nibali won his fourth stage on his way to the overall title.

The last mountain test presents all kinds of possibilities. Unexpected collapses, ambushes and twists of all kinds could be on the cards thanks to the linking of the Aubisque and Spandelles passes, the latter appearing on the route for the first time, followed by the final ascent to Hautacam. There’s simply no respite. If the leading positions haven’t been secured by this point, the Tour’s biggest battle could be played out on this final Pyrenean stage. 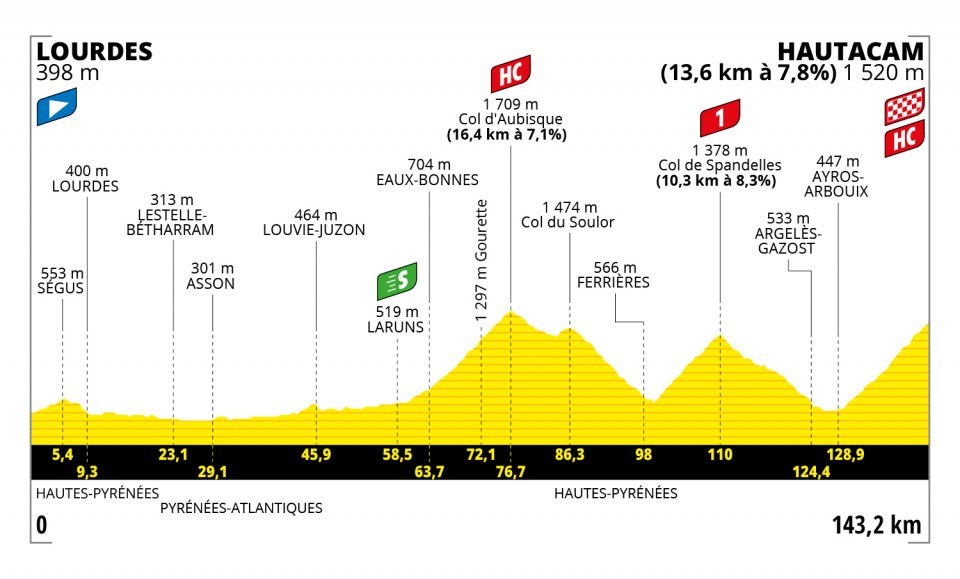