The final stage is the usual procession to the Champs-Élysées and the Arc de Triomphe, before the race for the sprint begins and the remaining fast-men fight it out for the glory of winning on the cobbled street.

The Champs-Élysées, the traditional finishing point for the final stage of the Tour de France since 1975, will be the setting for an unprecedented double-bill, hosting not only the prestigious finale of the men’s race but also the start an historic women’s event. Prior to the Tour’s grand sprinting finale, the first stage of the first edition of the Women’s Tour de France with Zwift will be held on the final circuit in the heart of Paris. 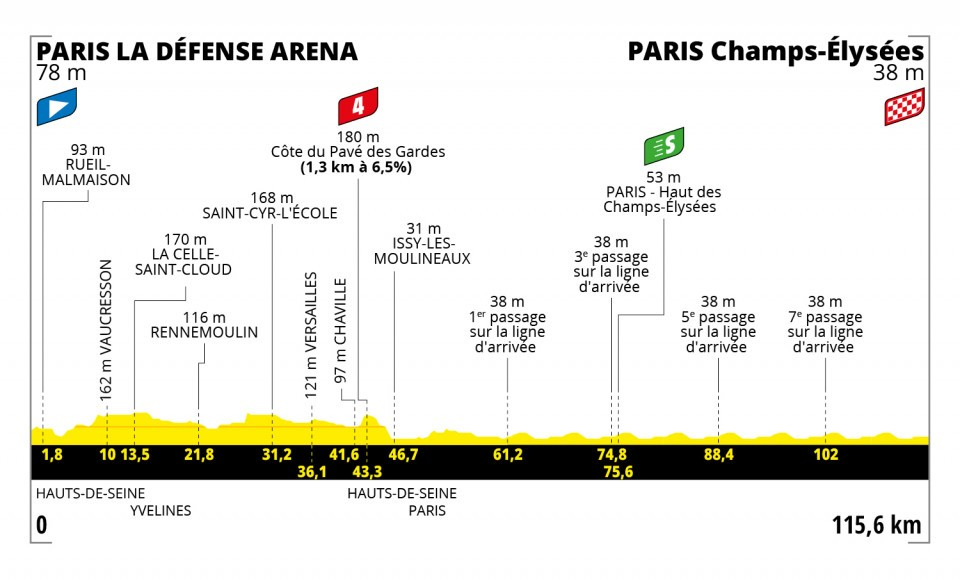