A stage that crosses the Apennines. From the Marmore Falls, the route climbs more or less continuously with reasonably gentle gradients to the Torre Fuscello pass before reaching Leonessa and taking the Via Salaria to Posta. After a brief ascent the Via Salaria winds gently downhill until it reaches Ascoli Piceno. A short climb to Maltignano follows, before entering the final circuit to be ridden twice after the first passage of the finish line.

The final kilometers take place on the circuit, along two complete laps. After Bellante, the riders will head downhill, with ups and downs to Sant’Onofrio where the road becomes wider and straighter. The road heads first towards the valley then parallel to the river before tackling the climb of about 3.8km that leads to the finish. Gradients here are in the region of 7% with peaks of 11%. Arrival on 7m wide tarmac. 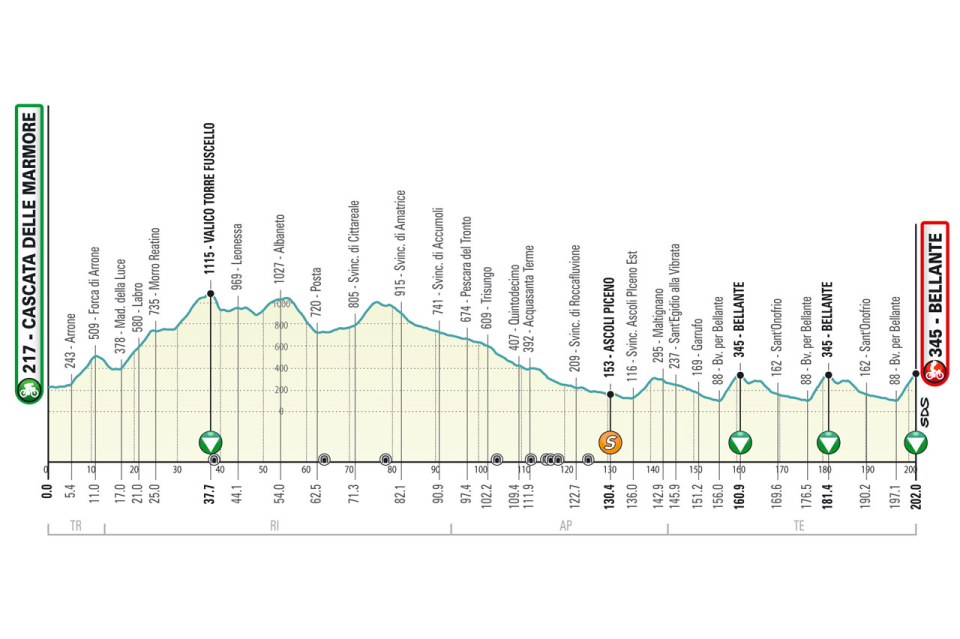 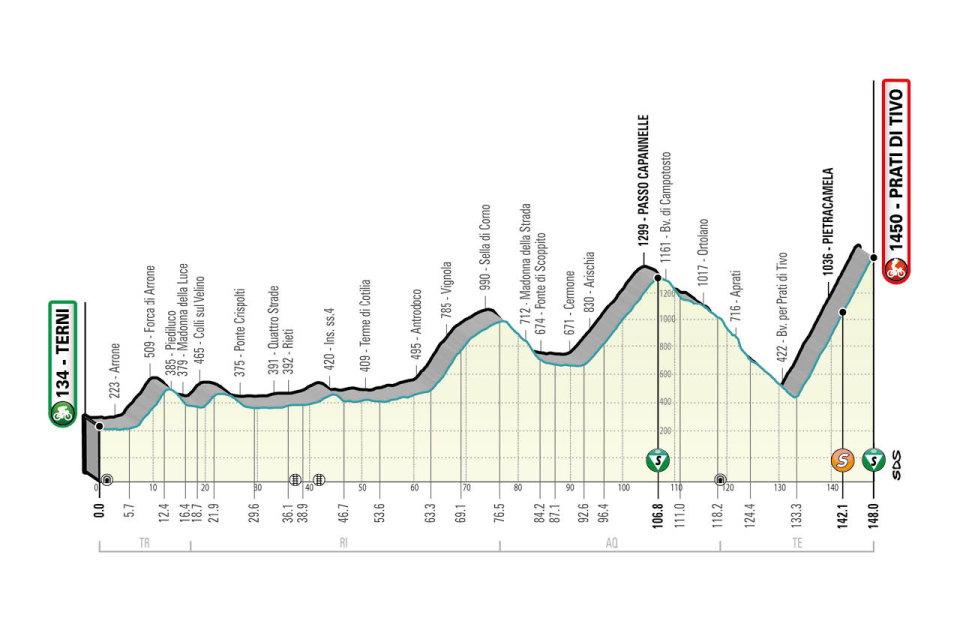