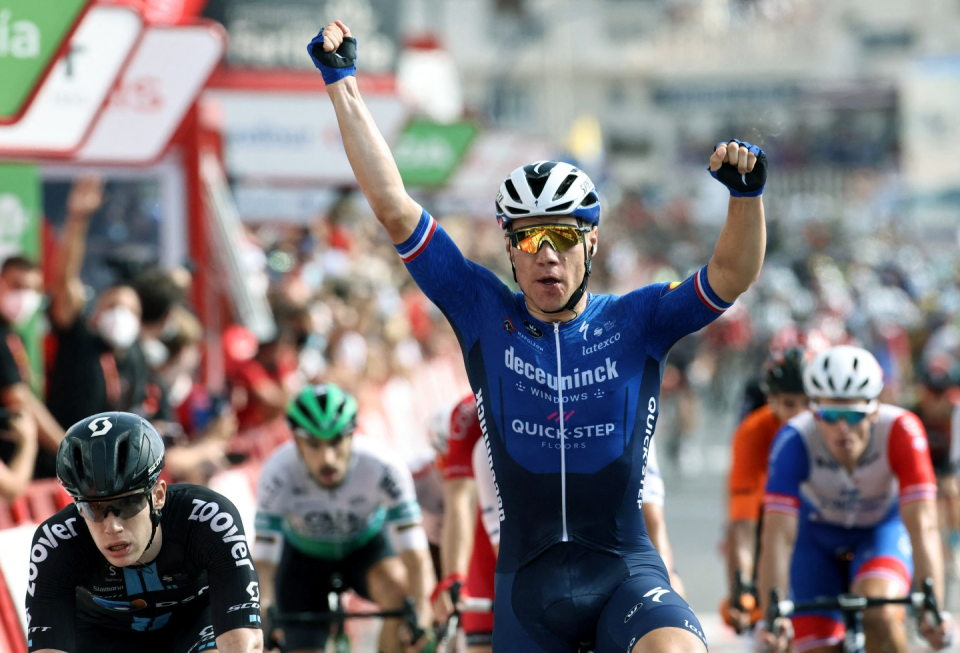 Astana forced a sudden acceleration at the head of the peloton with 30km briefly spltting the bunch in three, before the entire pack regathered and raced shoulder to shoulder all the way to a nervy high speed finish.

On a broad dual-carriageway Jakobsen was expertly delivered to the front of a frantic throng of sprinters and then proved more powerful than his great rival Philipsen of Alpecin.

Both men have two stage wins but Jakosen on 180 points has retaken the green sprint points jersey from Philipsen on 164.

Last August 5 the now 24-year-old Jakobsen had a brush with death in a terrifying crash in a mass sprint on the Tour of Poland. He needed five-hours of surgery after breaking his jaw and losing all his teeth.

Fabio Jakobsen said to the press, "It's very special to be here again. The team did a perfect job, they kept the speed high and even though I lost them a little bit I was still in a good position. I launched my sprint just in the corner at 200 to go and I was the fastest, I think."

Tomorrow's 9th stage on La Vuelta takes in three intermediate ascents before the final haul up on the Alto de Velefique. The route adds up to 188 kilometres, while the finish climb is 13.2 kilometres long with an average gradient of 7.3%. The elevation gain adds up to almost 4,500 metres.