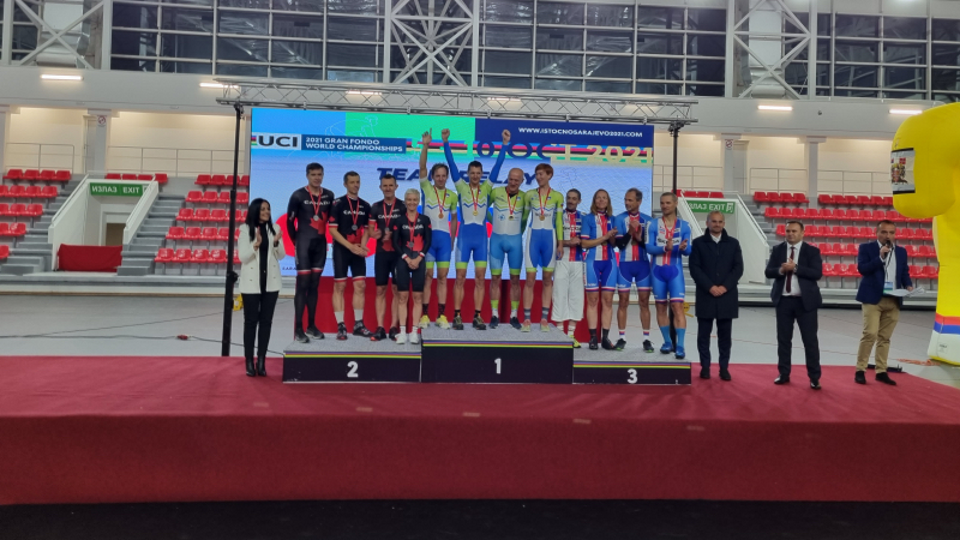 The team is composed of at least one male and one female, with at least one rider over 40 and one over 50. The order of departure is part of a strategic game as riders can choose the order of the team. Each rider of the team does 3 laps before handing over to the next teammate upon entering the relay zone. The race finishes after 12 laps of 2km, 24km total.

Germany started fast with an early attack of Lars Geisler, but the group behind was following at short distance and during the second relay, two Slovenian teams made a move to the front to take the lead, ahead of Canada and the Czech Republic. After the third relay, the second Slovenian team made a mistake by passing the relay zone and were disqualified, but the team in the lead kept their advantage and won before Canada and Czech Republic.

Slovenia confirms their strength and power in the team relay as they already won several times.

Risk of Snow at the Medio and Gran Fondo

The UCI announced the Medio Fondo and Gran Fondo races this weekend have been shortened due to cold wet conditions, including the possibility of snow.

Both events have been shortened by 30 kilometres with just one lap of the final mountain circuit. Saturday's Medio Fondo is now 66 kilometres, with the Gran Fondo on Sunday 100km.

Rain is forecast all weekend with temperatures of 1C expected at the start and at the Olympic Park finish line, site of the 1984 Winter Olympics.