The Union Cycliste Internationale (UCI) is pleased to reveal the race routes for the first edition of the UCI Gravel World Championships. The different races will take place in the Veneto region of Italy, the weekend of 8-9 October 2022 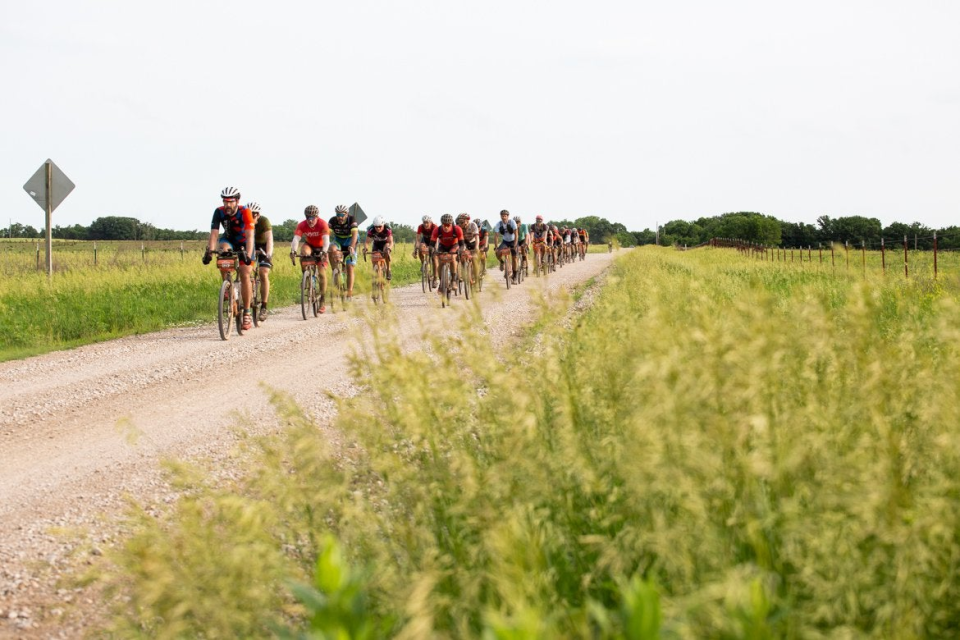 The races for the different categories will start in Vicenza then pass through Padova before arriving in the municipality of Cittadella.

The courses will be about three-quarters made up of typical Italian white gravel sections – similar to those found in the Strade Bianche, the well-known UCI WorldTour and UCI Women's WorldTour events – and cobbled sections. The remaining quarter will be made up of asphalt roads. In the first 20 kilometres there are two climbs totalling 3 km, one on gravel and one on asphalt, with gradients of around 10%. The course will take in many important cultural sites in the region including the medieval walled city of Cittadella, which is located 25 km north-east of Vicenza and will host the finish.

The women (Women Elite and all age categories) and the men in the 50+ age categories will compete on Saturday, on a course of 140 km with 700 m of ascent. The Men Elite will compete on Sunday over 190 km with 800 m of ascent: the same course as Saturday plus two laps of 25km. Men in the age groups 19-49 years will also race on Sunday, completing one extra lap for a total distance of 165km.

The Men Elite and Women Elite riders – members of UCI-registered teams or with a wild card from their National Federation – who win their event will be awarded the UCI World Champion's rainbow jersey. Riders taking part in the mass participation events for their respective age category will compete for the UCI World Champion jersey specially designed for the age group winners. Races in the different categories will start in waves with small intervals.

The event takes place 3 days before the Giro del Veneto which returns after a 9-year absence, organized by PP Sport Events, run by ex-professional Filippo Pozzato.

Riders can qualify for the UCI Gravel World Championships at Trek UCI Gravel World Series events by finishing in the top 25% of their age category and gender. In addition, National Federations are entitled to send a selection of their best riders.

UCI President David Lappartient said: "After the launch of a UCI World Series and the awarding of the first two editions of the UCI Gravel World Championships, the announcement of the 2022 UCI World Championship courses is a decisive step in the integration of this discipline by the UCI. Gravel is booming and is part of the unprecedented development that cycling has been undergoing for several years, particularly in its off-road variants. This development also shows the population's desire for nature and its growing awareness of the issue of sustainable development. It also shows the dynamism of our increasingly popular sport.”

The provinces of Vicenza and Padua will host the firstG ravel Cycling World Championship , established by the UCI managing board and entrusted to the organization of PP Sport Events. The inaugural edition of the world championship of the specialty will take place Saturday 8 and Sunday 9 October 2022.

The races that will award the first rainbow jerseys of the Gravel specialists will start from Vicenza and end in Cittadella after having lapped the city of Padua.

To design the routes PP Sport Events relied on the experience of Angelo Furlan and Marco Menin. Women and men Over 50 will compete on Saturday 8 October over a distance of 140 kilometers, with an active difference in height of 700 meters, while professionals they will compete the next day in a route of about 190 kilometers and 800 meters in altitude, which also includes two final laps of almost 27 kilometers. Men in the 19-49 age groups, on the other hand, will make only one lap of the final circuit for a total distance of 165 kilometers. The unpaved part of the routes corresponds to about 75% of the total.

The Gravel World Championship promises selection from the initial kilometers, in which the main altimetric difficulties are concentrated. After the start in Campo Marzo in Vicenza the competitors will be faced with the steep climb of the sanctuary of Monte Berico and the subsequent differences in height of Valle dei Vicari, Sant'Agostino, la Pilla and Arcugnano, before skirting Lake Fimon and continuing towards Montegaldella. The next 80 kilometers, all flat, are in the province of Padua: Selvazzano, Tancarola, Padua, Noventa and, along the right bank of the river Brenta, Limena, Piazzola sul Brenta and Cittadella. At this point the elite men and the competitors of the men's categories Under 49 will enter ina wide circuit  which crosses the municipal territories of Cittadella and Tezze sul Brenta, then straddling the provinces of Padua and Vicenza. The finish line will be placed in Piazza Pierobon, the heart of the walled city. 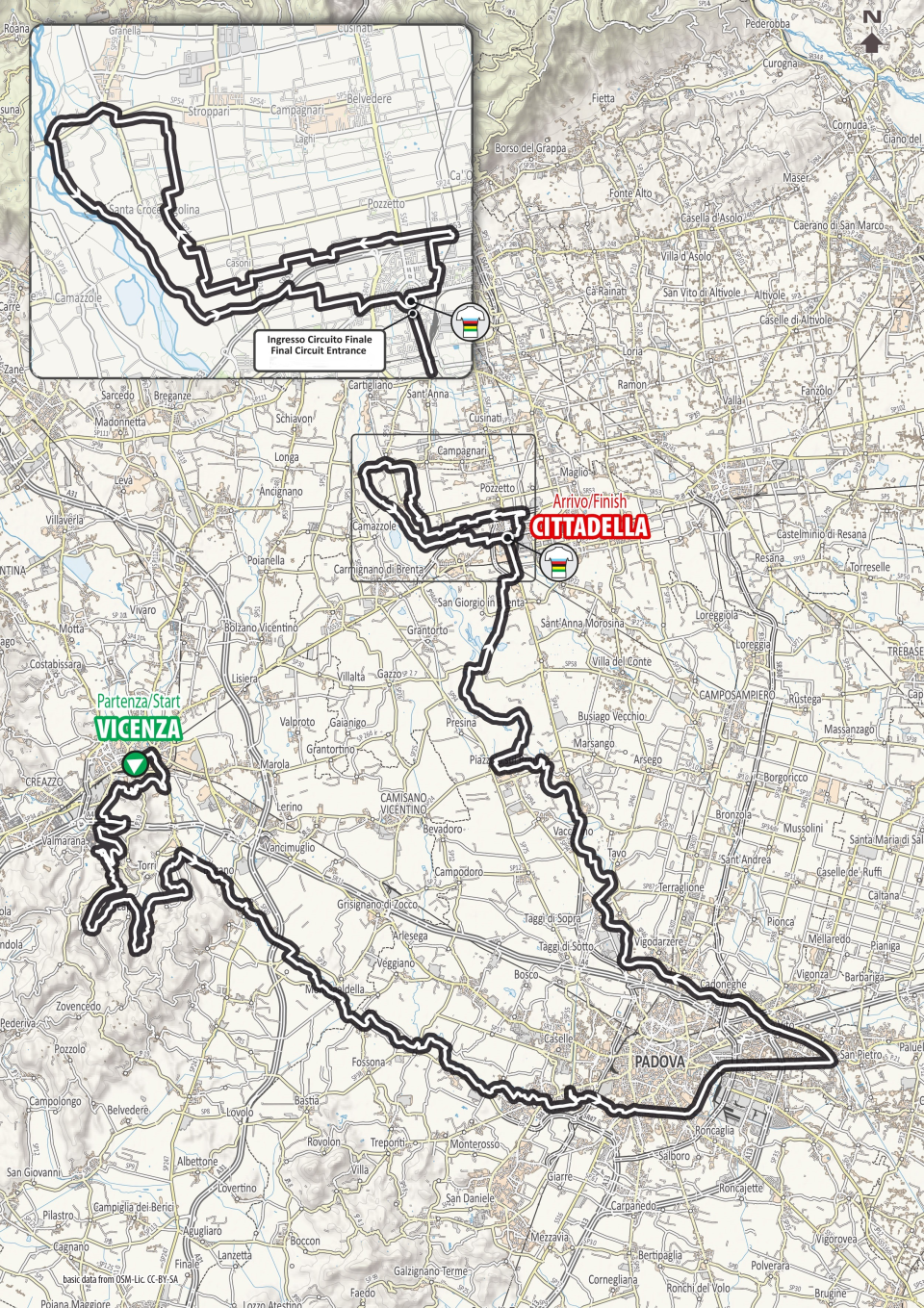 The various categories will have separate departures. Athletes from the national representatives registered and those who have qualified during the UCI Gravel World Series can participate in the Gravel World Championship.

You can find out more at: https://gravelworldchampionship2022.com