The UCI Gran Fondo World Championships registrations are now closed. The event to take place this week in Trento (15 - 18 September) counts 2094 participating athletes (from 60 Nations) and over 1500 accredited companions. Everything is in place for four exciting days of sports 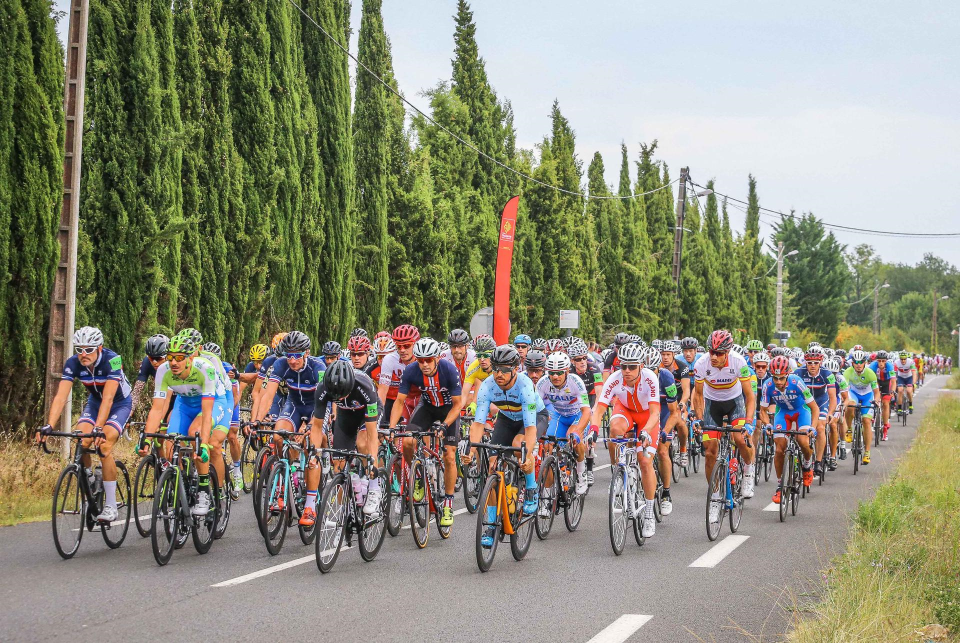 The UCI Gran Fondo World Championships are approaching, and the Organizing Committee has released the official data of the participants in the international event that from September 15th to 18th will animate the streets of Trento and the slopes of Monte Bondone, one of Trentino's and Italian cycling's iconic mountain.

Registrations for the UCI Gran Fondo World Championships, set to award the 2022 rainbow jerseys in the Time Trial, Granfondo and Mediofondo disciplines in each different amateur category, are now closed.

Trento is preparing to host 2094 registered athletes from 60 Countries. In particular, 561 will compete in the Time Trial and 1533 in the Mediofondo and Granfondo. The number includes both men's and women's categories, according to the age groups: competing in the event this year will be riders from 19 to 87 years of age.

In addition, 1500 accredited accompanying persons are expected in Trento along with the over two-thousand races participants, from all five Continents. The number of people involved in the event totals between 4,000 and 5,000, whom the city is ready to welcome in its numerous accommodation facilities, in a territory accustomed to staging major international events.

Leading the ranks of the most represented Countries is the hosting nation, Italy, followed by France, United Kingdom, Belgium, Germany, the USA, Austria, the Netherlands, Spain, Portugal, Poland and Australia. The LOC also confirmed the attendance of some Russian and Belarussian athletes who, according to the latest UCI guidelines, will wear neutral jerseys, rather than their national flags' colors.

The World Championships calendar will officially begin on Thursday, September 15th, with the Time Trial, to be held in the Le Albere district, a few steps away from the renowned MUSE – Science Museum, on a 19.6 km route starting and finishing in Piazza Delle Donne Lavoratrici. On the evening of Friday, September 16th, the Team Relay will be staged in the same district on an approximately 2 km ring. Finally, on Sunday, September 18th, the anticipated Mediofondo (86.8 km) and Granfondo (143.8 km) will take place on a challenging route, featuring three rises to the Monte Bondone, worth of a pro mountain stage.

Saturday, September 17th, will be the day of the absolute debut of the Charly Gaul-Monte Bondone uphill time trial powered by Sportler. The collateral event, open to non-qualified athletes, will pay homage to the great tradition linked to the legend of the Luxembourg's pro cyclist, with an uphill time trial on one of the most iconic slopes of the Monte Bondone, from Sardagna to Vason.

Among the competitors taking part in the 2022 UCI Gran Fondo World Championships in Trento, there are also many champions from past editions ready to challenge each other on the roads of Trento, hosting the event for the second time after 2013. The ambition for all the riders at the start will be to pursue the cherished rainbow jersey, and win a spot in the event's Hall of Fame.