Froome has raced all season under the cloud of a potential ban after a urine sample provided during his victory at the Vuelta in September showed a concentration of the asthma drug salbutamol that was twice the permitted level. The UCI ruled on Monday that his sample results did not constitute a breach to the anti-doping rules and closed all proceedings against the British rider.

The decision also meant Froome will be able to hold onto the Giro d’Italia trophy he won in May, which gave him three straight Grand Tour titles.

”The last twelve months have been the hardest but also the most incredible of my career,” Froome said on Tuesday.
“I want to make history with a fifth Tour de France win and fourth consecutive grand tour. I am under no illusion about the challenge, but I am feeling ready and I couldn’t ask for a better team to support me.”

”I’ve never started the Tour de France after riding the Giro d’Italia, and it has meant a completely different approach to my season,” Froome said. ”But I learnt a lot from riding the Vuelta straight after the Tour de France last year, which has given me confidence coming into this race.”

Aged 21, Bernal will make his Tour debut and will play a key role in helping Froome in the mountains alongside Poels and the experienced Castroviejo, who is also a strong climber. Moscon is also a Tour debutant who rode in support of Froome at the Vuelta last year.

Kwiatkowski was impressive last year in helping Froome to a fourth title in France, while Thomas is a backup for the yellow jersey. 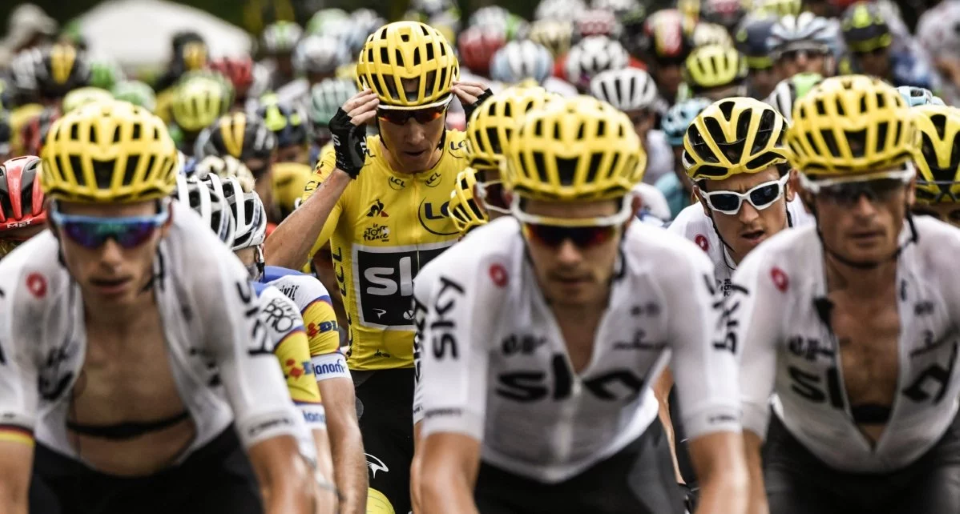 ”We go into the Tour with a lot of confidence. Chris is in great shape after the Giro, mentally and physically, and the whole team wants to build on the success we had in Italy,” Team Sky principal Dave Brailsford said. ”Chris is already one of the greats of the sport. This is a chance for him to cement that reputation even further.”

Brailsford said he expected the two debutants in the team, Colombian Egan Bernal, 21, and Italian Gianni Moscon, 24, to shine.

“It is a team of real versatility and one that balances youth with experience,” he said, "Bernal and Moscon are both very talented bike riders and will have a lot to offer."

“It is also fantastic that Luke Rowe will be riding the Tour again as our road captain after his serious accident last summer, he suffered a double fracture of the leg last August when he went whitewater rafting at his brother’s stag weekend in Prague".

The Tour starts on Saturday from the island of Noirmoutier-en-l’Ile.